One sweet and delicious drink Jorge introduced me to while in Spain was horchata: a beverage made up of either ground tigernuts, almonds, sesame seeds, barley, or rice. Although the exact etymology of its name is unknown, the word horchata is derived from “orxata” which in Valencian is related to a root word that means “made from barley.” However, the drink is generally no longer made from barley as tigernuts are currently the most common main ingredient. 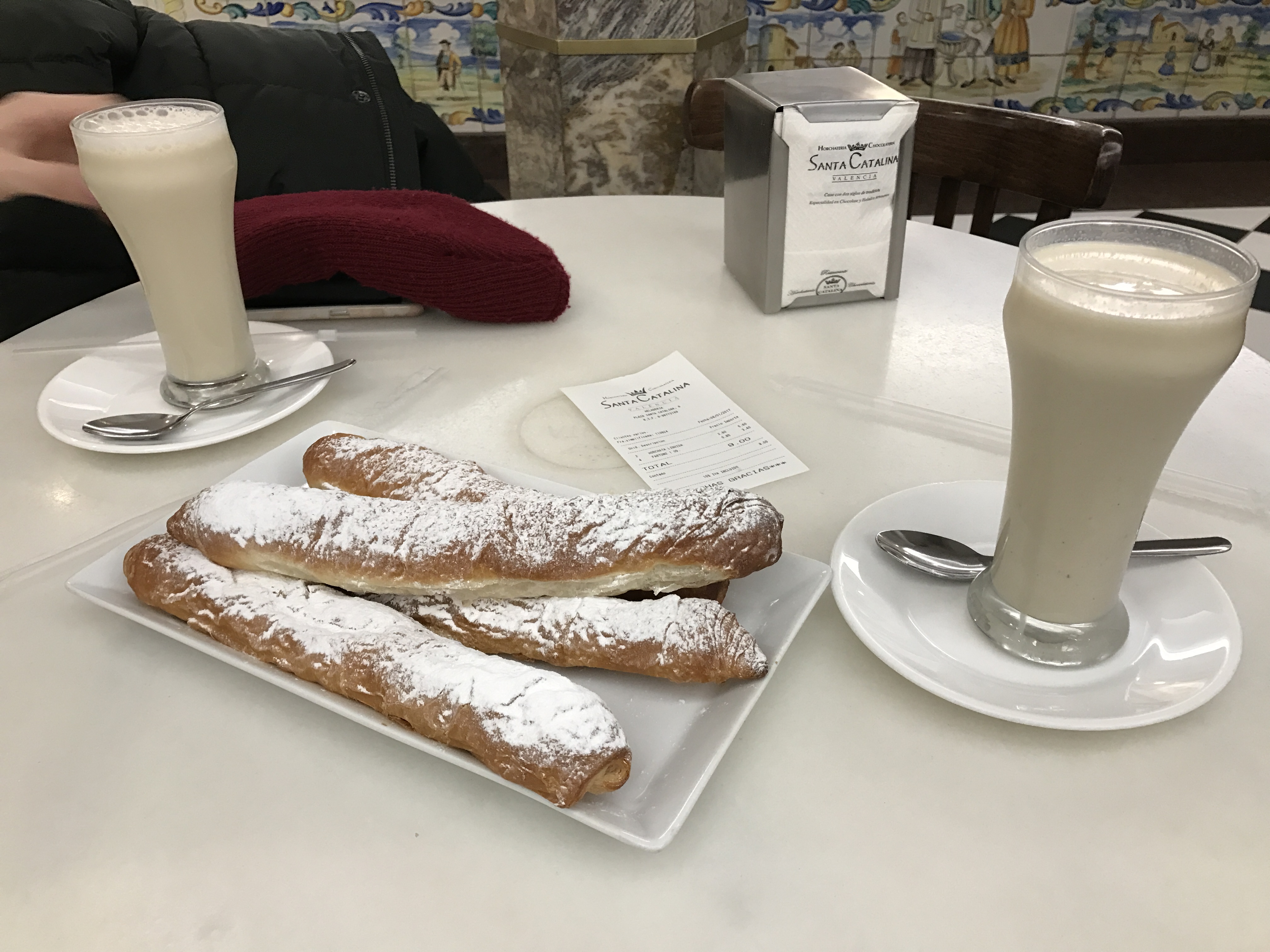 Horchata de chufa, the variation most popular in Spain, is made of tigernuts, water, and sugar. Lacking milk, the drink is perfect for lactose-intolerant people searching for a nice milk-like refreshment. Tigernut horchata has a wonderfully sweet flavor that goes phenomenally well with baked goods like the farton which are commonly consumed with it. Fartons are the long powdered sugar-covered sticks in the photograph above. Soft, fluffy, and great for dipping. 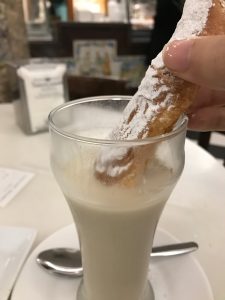 Jorge and I ordered two cups of horchata and four fartons for breakfast from Horchatería Santa Catalina: a local horchateria in Valencia. We dipped the fartons into the horchata allowing them to absorb the drink’s sweet tigernut flavor. (Side note: if you have never heard of tigernuts before, it is fine. I never had either. I’d compare the taste to hazelnut although it is not quite the same.)

The drink was delicious and, like chocolate and churros, made it on my personal list of the best treats I tried while in Spain. I knew before we even left that I would want to try horchata again someday. 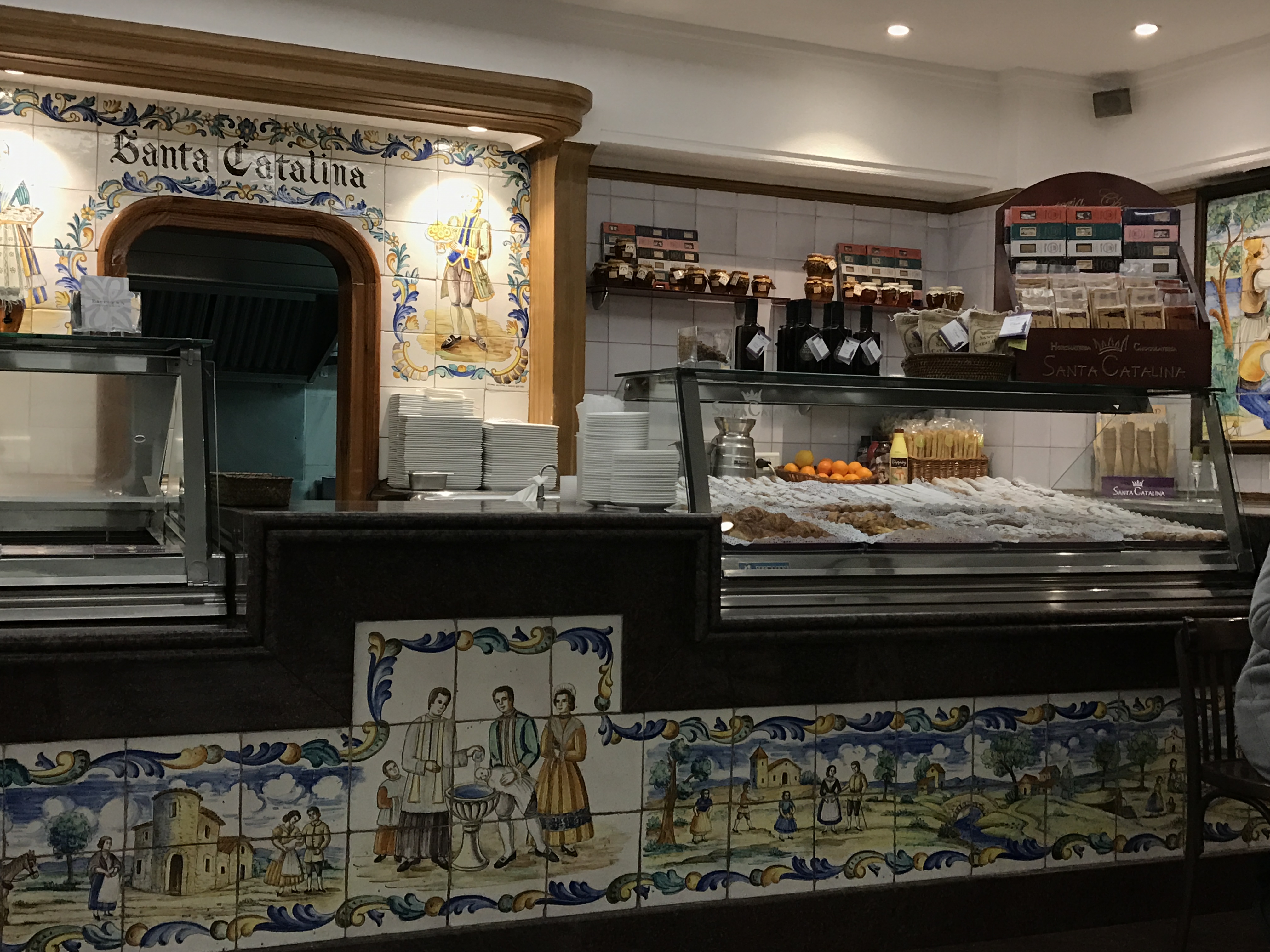 “Horchatería Santa Catalina” was beautifully decorated inside. The classic ceramic tiles date back to centuries ago. In fact, the very idea of making horchata from tigernuts comes from a period of Muslim settlement in Valencia. This occurred sometime between the 8th and 13th centuries. The artwork inside Santa Catalina shows the history of horchata with illustrations showing how it was made and served. 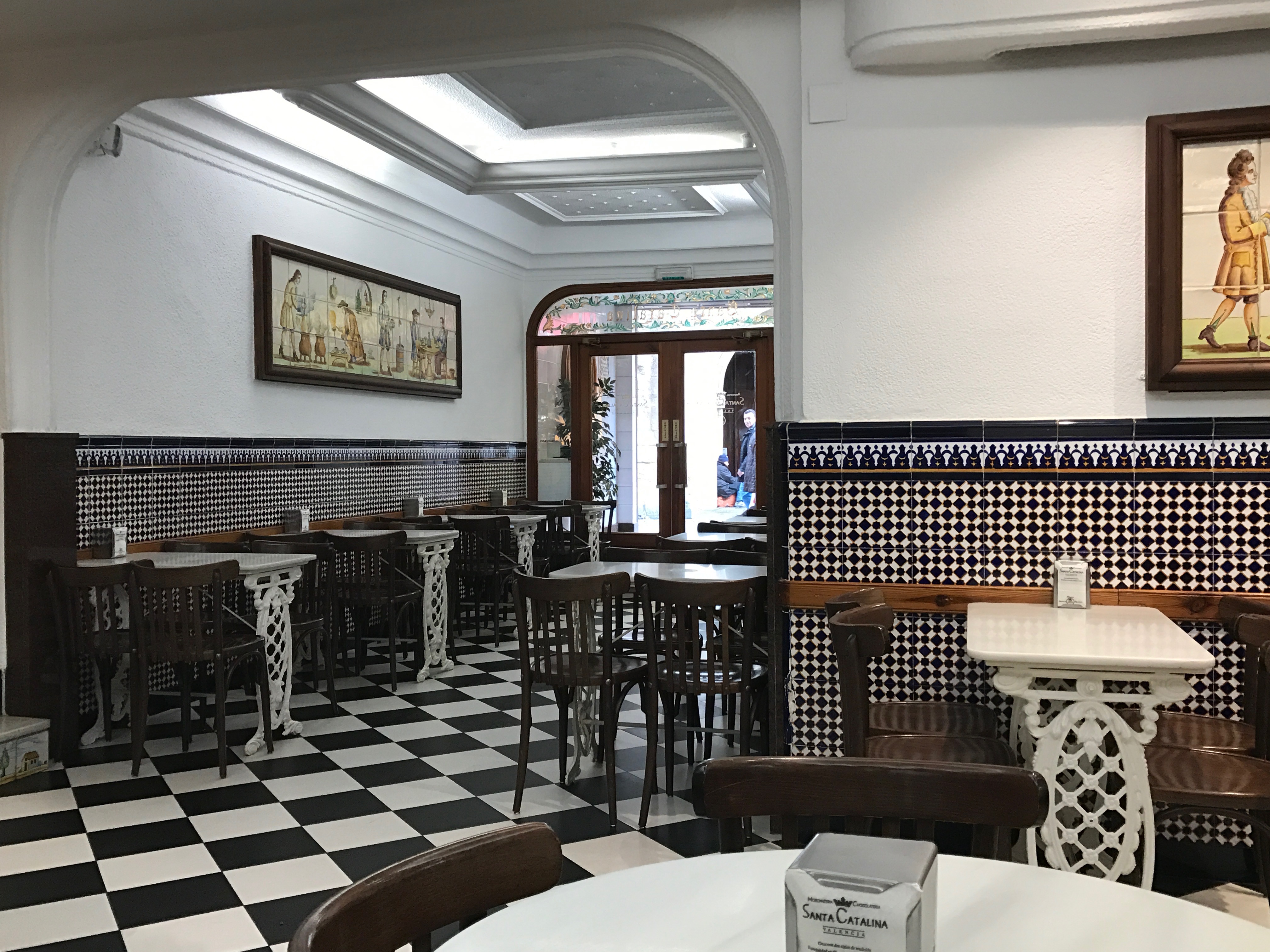 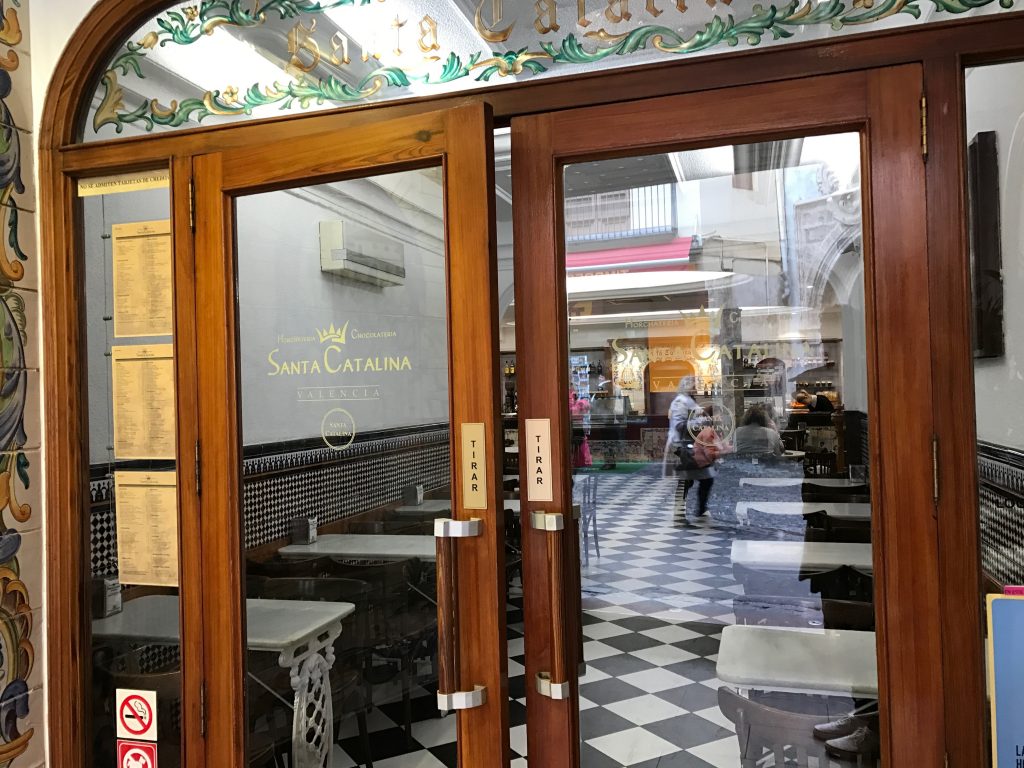 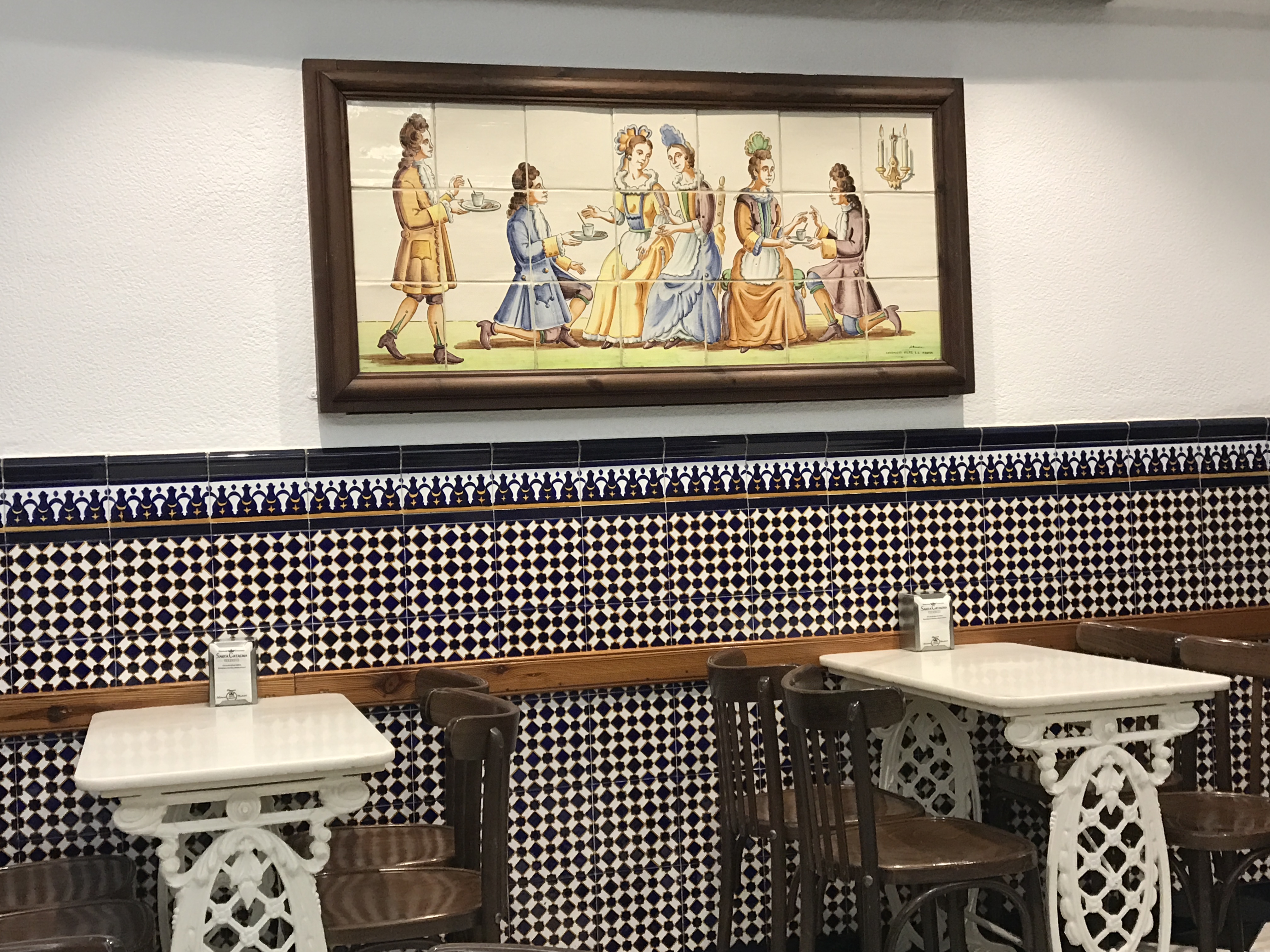 If you find yourself in Valencia, this place is certainly worth checking out. Order yourself one horchata and a farton or two. It will cost you just under 5 euros making it an excellent, inexpensive place for a cute date or casual drop-in.