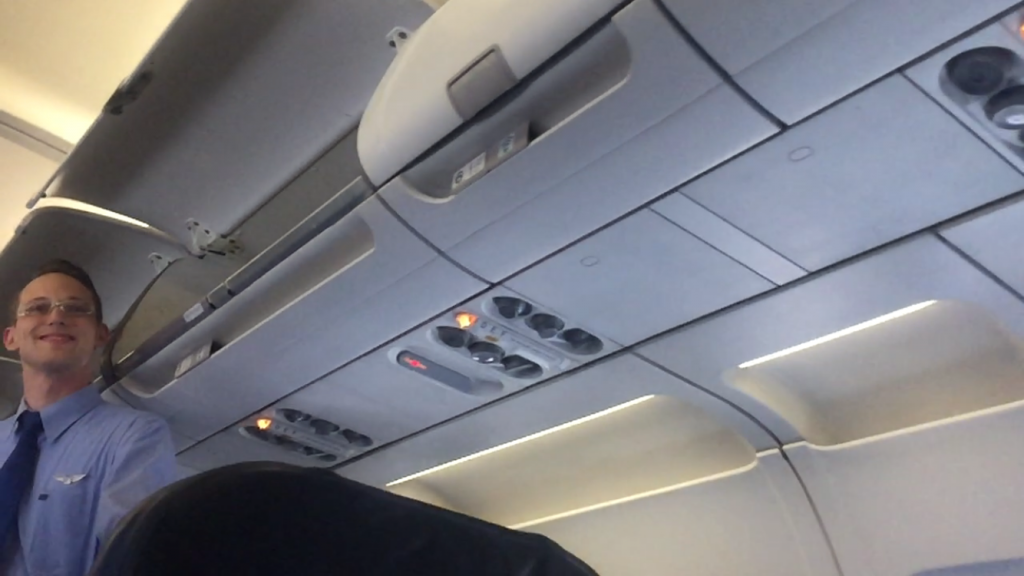 While walking through the airport in Charlotte, North Carolina, I walked past a nicely dressed young man with a lovely smile. The first thing I noticed about him was his silver glasses. I thought they really suited his face. From the way he was dressed, I figured he was a flight attendant or maybe even a pilot. He looked very well put-together.

We smiled at each other as we walked past one another while traveling in opposite directions through the Charlotte Douglas International Airport.

An hour or two later, it was time to board my plane. As I stepped onto my plane, I was greeted by the very same guy who I’d seen walking through the airport just a few hours ago. I was surprised to see him but I probably shouldn’t have been. Of course, this would happen! Believe me, I was thrilled to see him again. I figured he was a flight attendant but I never thought he’d be MY flight attendant.

“Ooh, I like your glasses,” he said to me as I walked onto the plane.

“Thanks! I just got them yesterday,” I replied. I wanted to tell him I really liked his glasses too- they were the very first thing I noticed about him! But I held back. I didn’t want him to think I was so uncreative that returning the compliment was the best thing I could think of.

In retrospect, saying thanks and walking to my seat was probably even worse. Oops.

As I sat in my seat, I found myself constantly making eye contact with him. At one point, I looked up from reading my book to see he was confiding in the female flight attendant at the front of the plane. When I looked up, he quickly turned the corner and the female flight attendant giggled. I got the impression that they were talking about me. She was staring right at me. 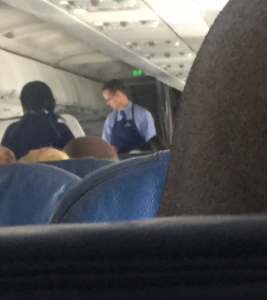 He’d occasionally smile at me as he walked down the aisle serving drinks to all of the passengers. I knew I probably should have looked away and focused on reading my book but I didn’t want to miss anything he was doing haha.

It was cute. As he’d walk down the aisle with the garbage bag to collect people’s trash, he’d always stop by me and ask, “Can I get you anything, sir?” I wanted so badly to answer tactfully but I couldn’t come up with anything.

When the plane landed, I wasn’t sure if I should give him my number. I reminded myself that flight attendants travel all over the world and he was most likely from someplace far away. Plus, with all of the people in line behind me impatiently waiting to exit the plane, I figured it was best not to hold anyone up. I even considered asking to take a quick photo with him but the hustle-and-bustle around me got the best of me.