Say hello to Pyrrhocoris apterus, more commonly referred to as the European Firebug.

This little bug sparked what unfolded into a great mystery for me shortly after arriving in Warsaw, Poland. As its name suggests, the bug is quite prolific throughout most of Europe. Even though I’ve already visited other European countries including Greece, Spain, and years ago, Italy as well, never have I ever seen these little bugs before.

At first glance, I thought the little critters that I kept spotting on the sidewalks were ladybugs! You can see the resemblance below: 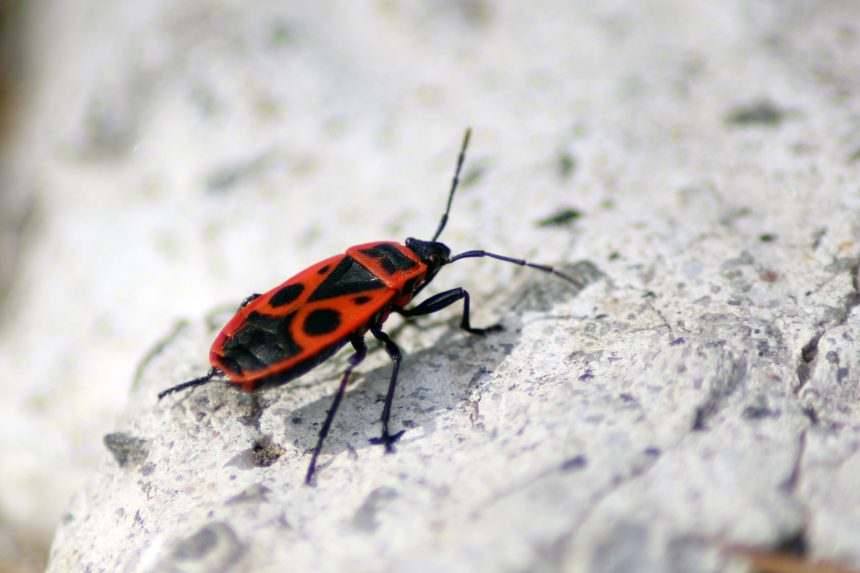 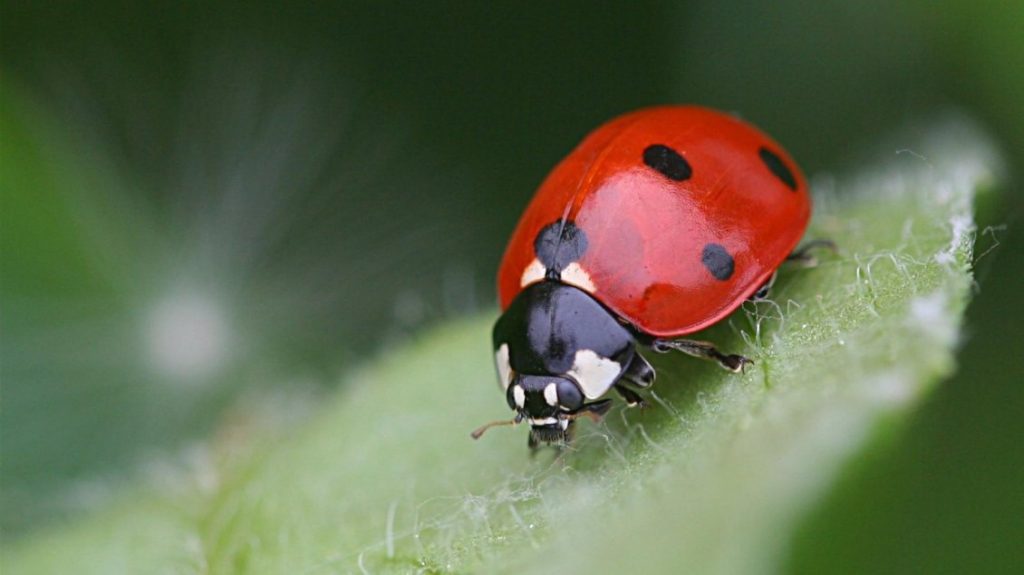 Not exactly a perfect match. This made me start to wonder… what are these things?

What is this strange bug?

I started off trying to perform some research on Google. I believe I initially searched something along the lines of: “black and red insect with two dots on its back.” That search query brought me mixed results. I’m pretty sure the number one result was ladybug which clearly was not what I was looking for.

After digging a little deeper, I found a result that looked like a potential match!

The Milkweed Bug was clearly a better match than the ladybug but it still seemed off. If you look at the patterns on its back, they are slightly different. They lack the two distinct circles seen on the back of the bug that I photographed. I wondered if it could be some type of regional difference or variation of physical characteristics due to evolution and mutations.

Turning to Jorge for Help

Since my boyfriend, Jorge, is from Spain, I thought he might know what these strange bugs are. I have never seen them before in the United States, where I’m from. 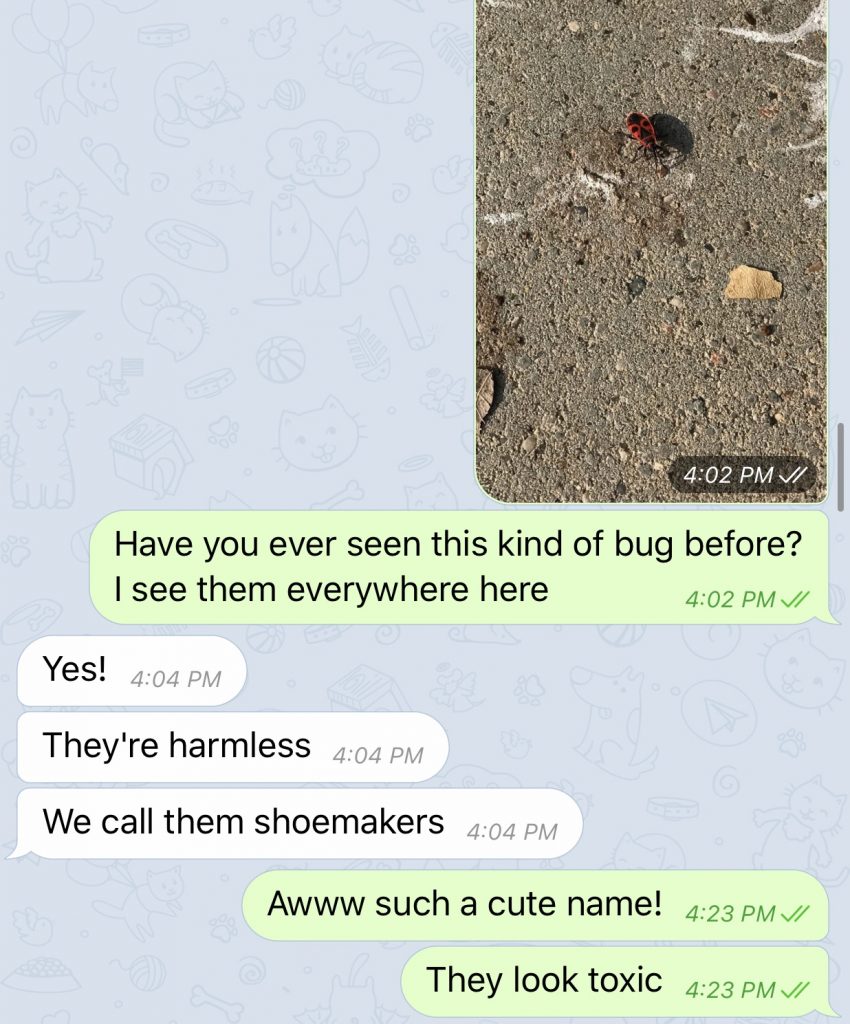 When I tried to look them up by the name he suggested, I found stinkbugs.

As soon as I saw stink bugs appear on the screen, I immediately closed the page. As I’ve explained in the past in stories like this one, I have a HUGE FEAR of stink bugs. More specifically, stink bugs in flight.

The combination of their loud wings and reckless flying. Ooof, I have goosebumps just thinking about it.

My search to find the exact bug species name continued.

On Google, I discovered another bug with a striking resemblance to the ones I had been seeing all across Warsaw. It is called the Box Elder. Here is what they look like: 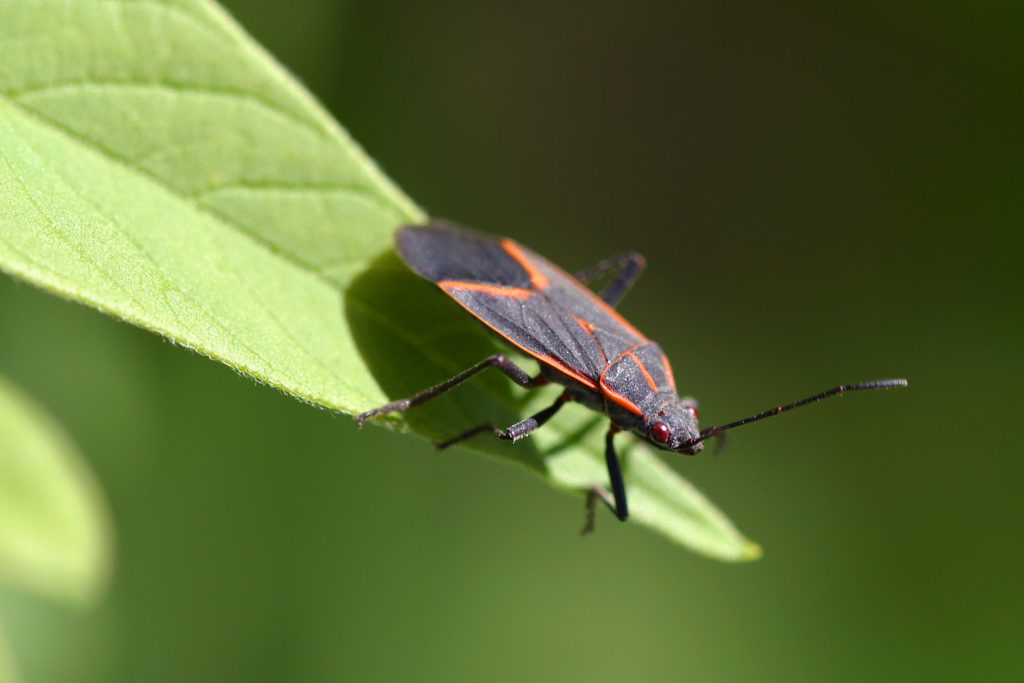 I knew these weren’t the same species because they had far too much black pigment on their backs. What really fascinated me was just how similar all of these bugs look at a glance. Who would have guessed there would be so many strikingly similar-looking insects uncovered through my quest to find the name of the bugs walking alongside me on the sidewalks of Warsaw, Poland? 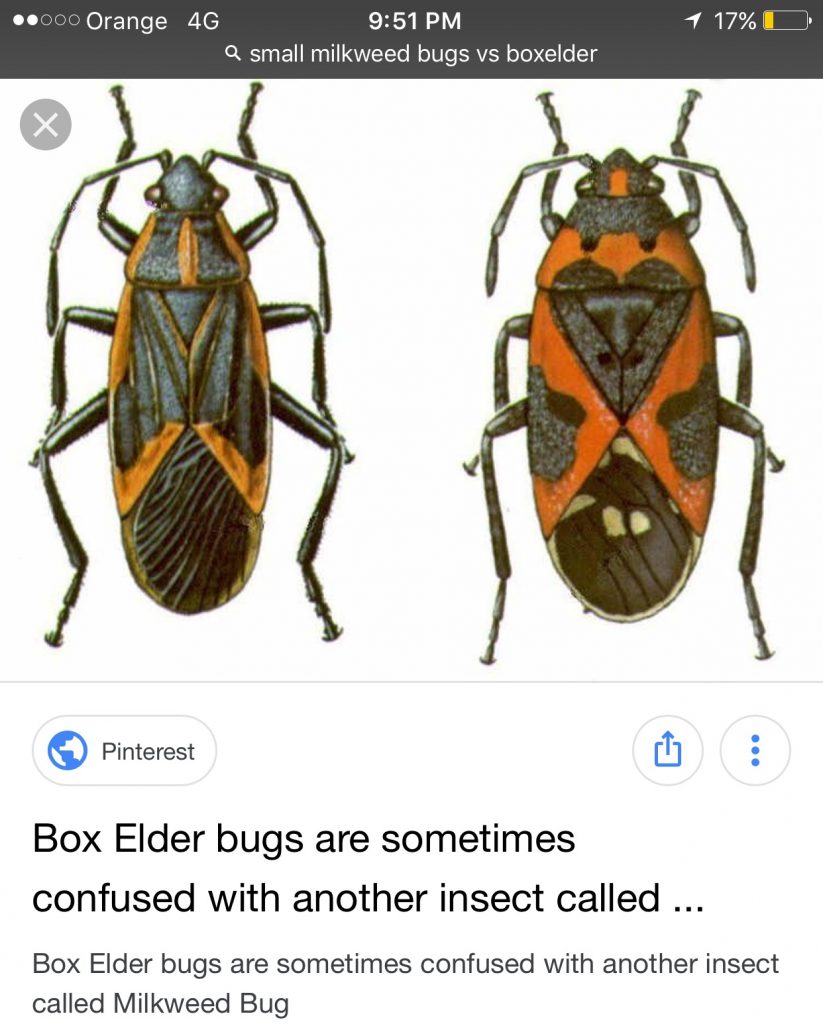 Jorge To The Rescue

As I was sending this image comparing the two contenders of potential insect species to Jorge, he simultaneously sent me a screenshot introducing me to a different species known as the European Firebug. 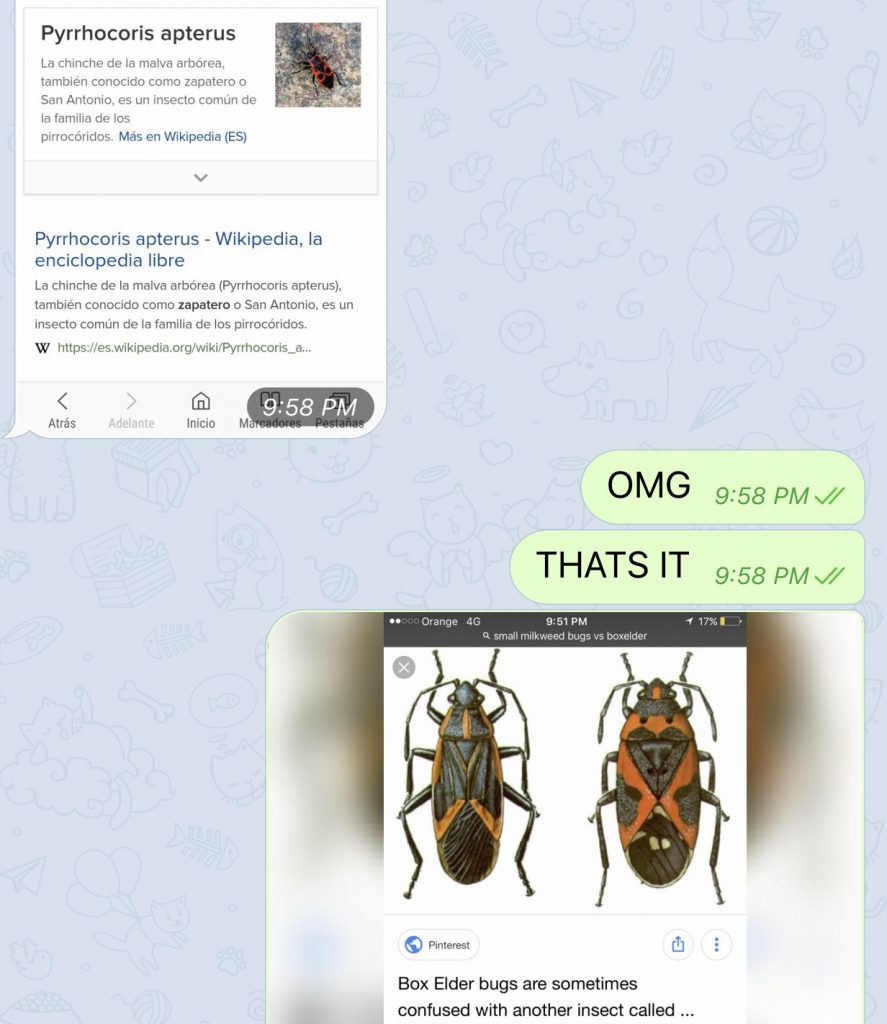 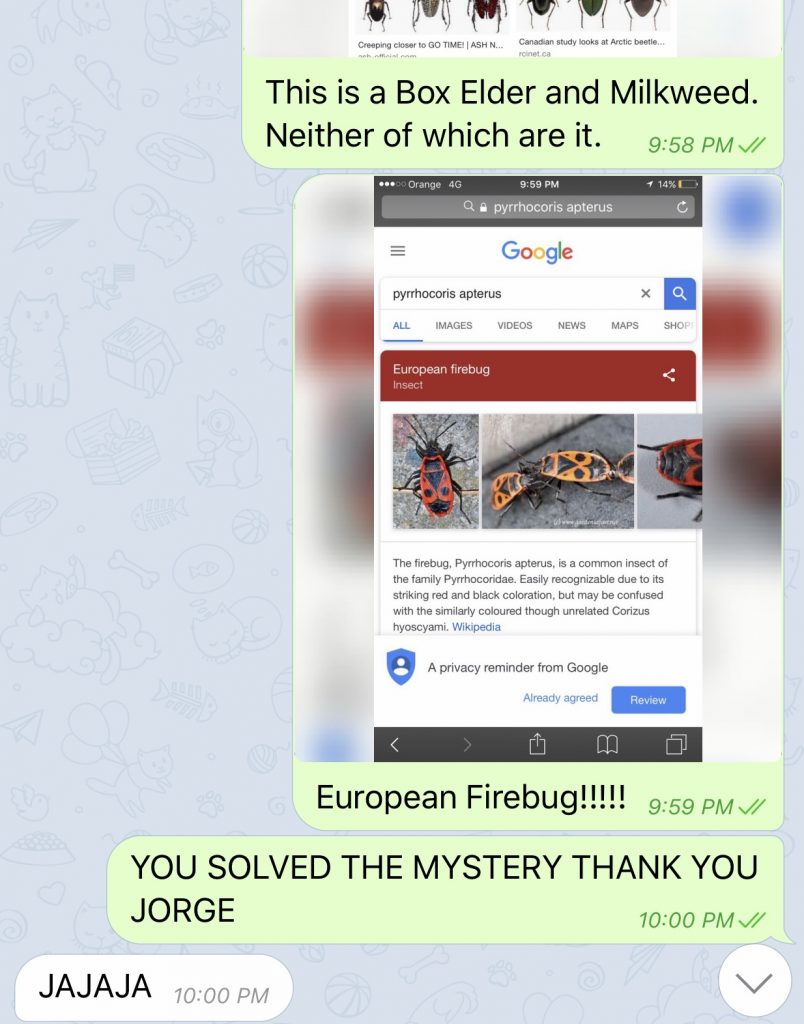 That was it! The two black circles! The bugs I had been spotting were European Firebugs. 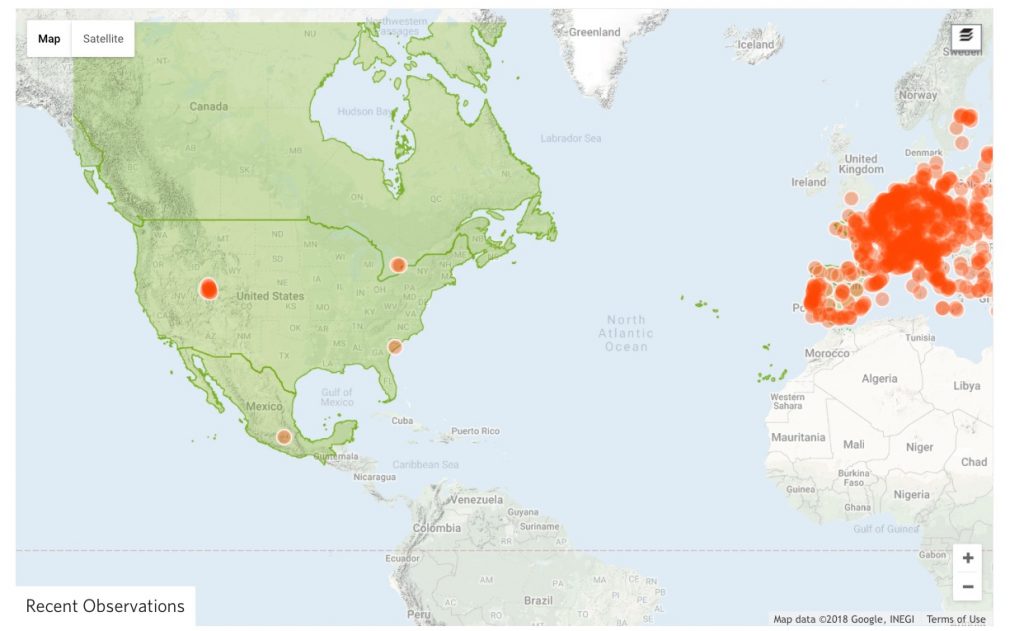 With that mystery solved, rather than being grossed out by the fact these things were basically everywhere I walked, I smiled each day as I saw them crawling along with the insight that now I knew just a tiny bit more about them. 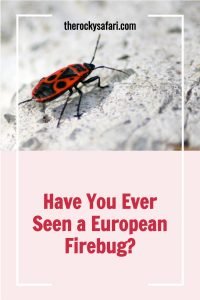