Well, the short answer is yes.

… But you probably wouldn’t want to. 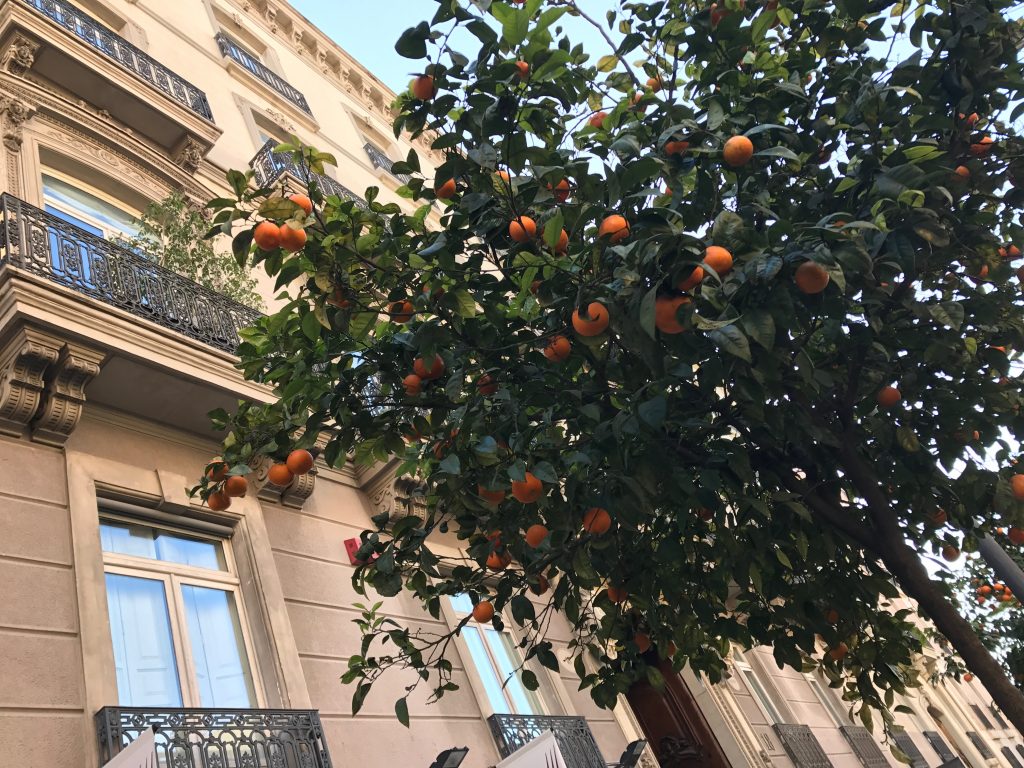 The Spanish orange industry is nothing short of sensational. The value of their annual exports routinely approaches a billion euros. Orange production in Spain offers quality, variety, and excessive quantity.

In the city of Valencia, oranges are so abundant they even grow on the trees lining the streets!

Valencia has over 741,000 acres of land devoted to orange cultivation all year long. With a climate and land so conducive to growing these wonderful orange fruits, it seems rather logical they’d embrace and honor them all throughout the city. 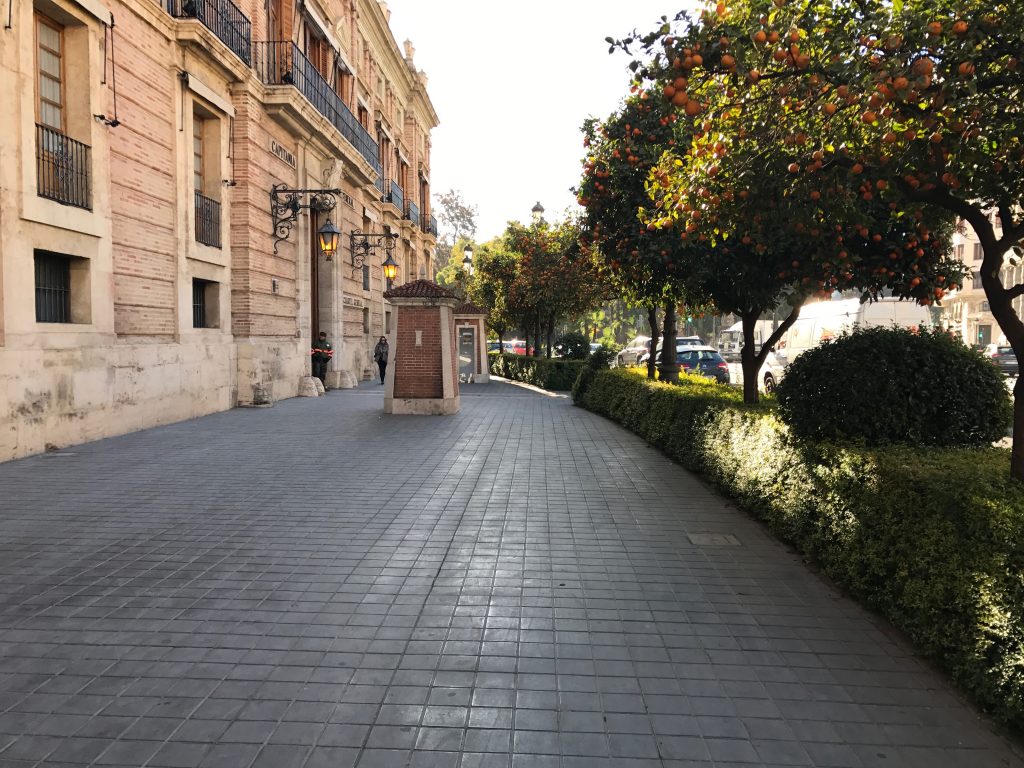 Upon my arrival in Valencia, I was in absolute awe of the orange trees. Seeing such colorful, fruitful trees was a true wonder. In the heart of winter!? Back at home in New Jersey where I grew up, you’d be hardpressed to find a green tree past September. I love chestnut and black oak trees… but this was so different.

Homey and cozy though they may be, don’t be deceived by their beauty. Yes, there is something so cheerful about seeing brightly colored ripe oranges dangling above your head while walking through a city in the middle of the winter. But don’t let them fool you. 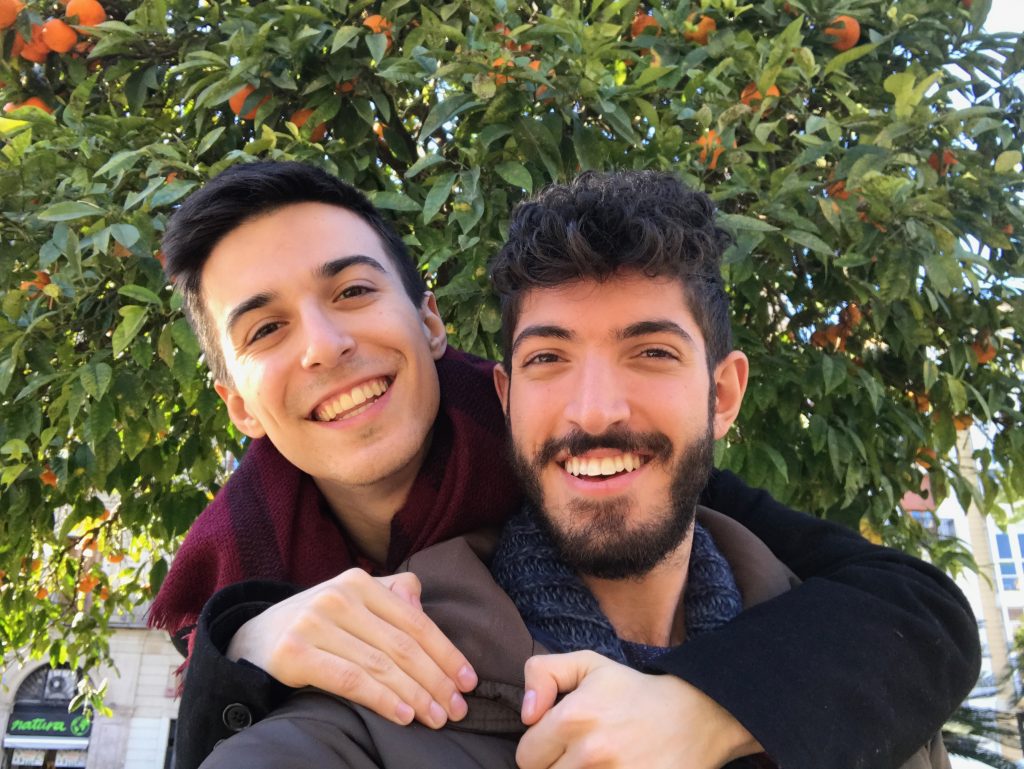 When I asked my Spanish boyfriend why the city streets were filled with these beautiful oranges, he tried to pull a quick-one on me and claimed that the orange trees were a government-sponsored food initiative to combat hunger.

“The oranges in Valencia are a government-sponsored food initiative to combat world hunger,” he claimed.

I assumed this to be true because, well, it sounded like it made sense.

The oranges were everywhere! So why not!?

I have even heard stories in the past about a society somewhere that grows crops in abundance permitting a “take what you need” philosophy for citizens. A program that is actually sustainable. Isn’t that incredible?

Anyway, Jorge soon went on to explain to me that he was just kidding and informed me that as delicious as the oranges may appear to be, the oranges growing on the streets of Valencia are actually quite bitter and should not be eaten. 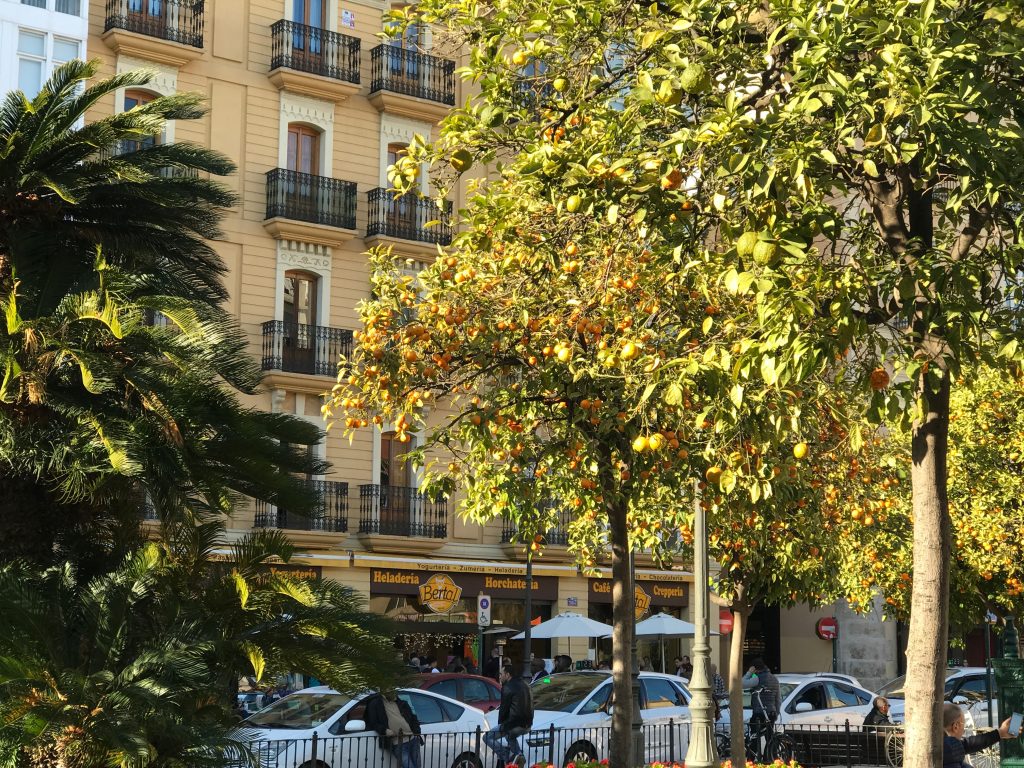 Of course, this naturally piqued my curiosity and my mind became filled with questions.

I began to wonder if they could be eaten!

They couldn’t possibly be poisonous…. right? Otherwise, Valencia’s government officials wouldn’t allow for them to be so easily accessible to the public… right? 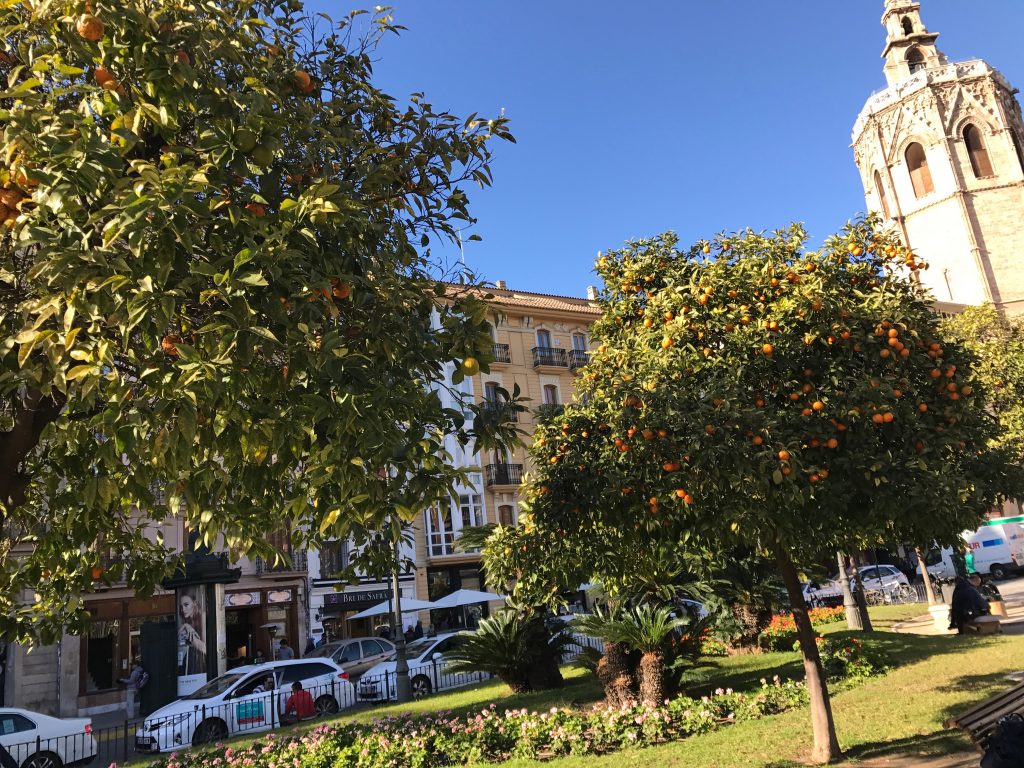 While walking home with Jorge, we plucked off an orange and brought it home with us.

I wanted to connect to Wi-Fi, make sure I wouldn’t die first, and then if (and only if) deemed *safe*, taste-test the oranges growing in Valencia.

I couldn’t find anything online saying the oranges were dangerous so by default, I concluded the oranges must be safe.

Logic at its finest.

After dinner, I began to peel open my small orange taken from the city streets of Valencia.

I slowly licked a slice to see if I’d recoil from its taste.

As I bit into it, I was surprised!

I had this preconceived notion that the oranges would be disgusting but mine wasn’t that bad! I mean, it was bitter and sour and had a lot more in common with lemons than traditional oranges… but I love sour things! Even more so than sweet!

So this orange was actually not as horrible as I expected it to be. However, I can totally see why people from Spain don’t typically eat them and why they’re more typically sent to the United Kingdom for the industrial production of marmalade. 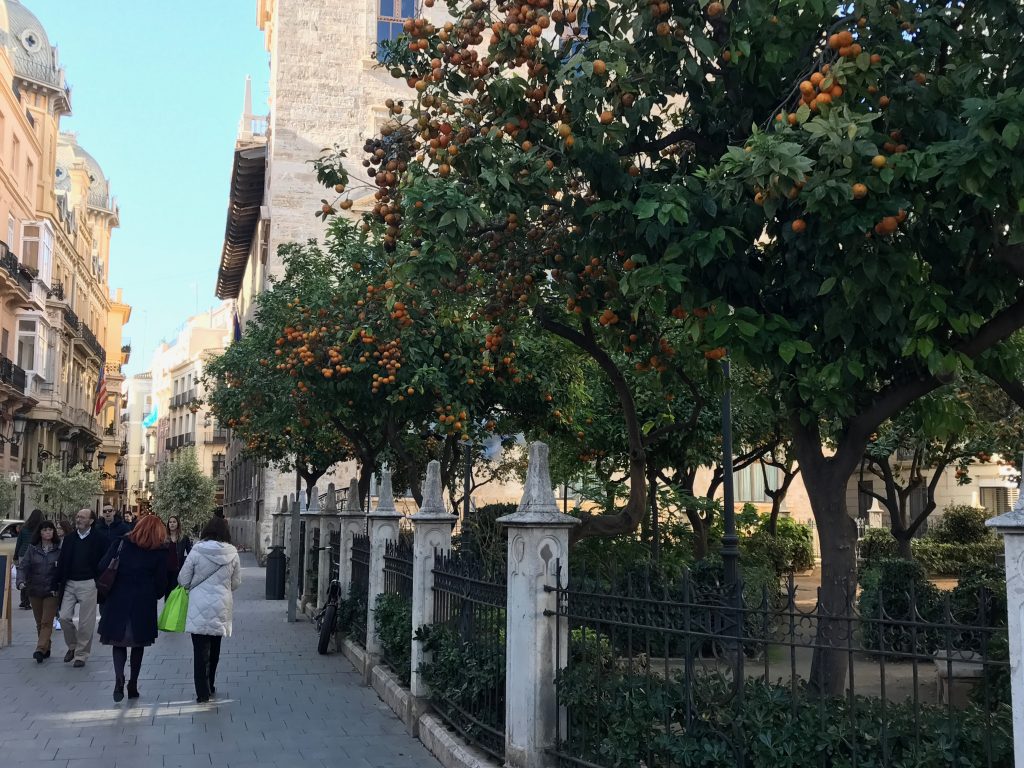 After conducting my super scientific taste-test analysis on eating the oranges in Valencia, the general consensus here seems to suggest we should let them be.

DO NOT EAT THE ORANGES.

Besides, the more oranges that there are on the trees, the more beautiful the city of Valencia can be!