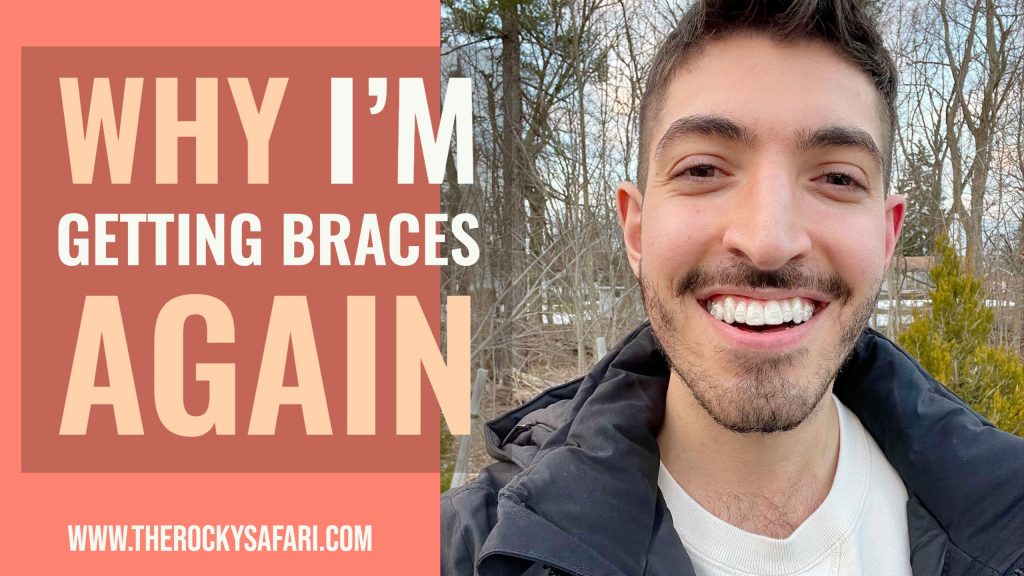 Who would have thought that after having metal braces for two years as a teen and then wearing my retainer religiously for nearly a decade, I’d still need to get braces again? And now, as an adult!

This story recounts how I went to see my orthodontist for a replacement retainer and why I left with an entirely new year-long retreatment plan for Invisalign braces.

“Wear your retainer,” they say.

I wore my retainer for years and I thought everything was fine.

After getting braces taken off as a kid, most people tell you, “remember to keep wearing your retainer!” and, in fact, you should. However, keeping your teeth positioned in one place doesn’t mean that you can’t still run into other types of trouble later on down the line.

I wore my retainer at night consistently from the time my braces were removed in 2011 until around 2018 when, truthfully, I started slacking with it. When I moved to Spain in 2019, I just stopped wearing it.

I suppose those early years of compliance are why I’m lucky that my teeth haven’t shifted drastically over the years. I had a permanent retainer on my lower teeth which held them pretty steady. From not using my upper retainer, my top teeth have shifted around a bit, but not too much.

My teeth have shifted, but not terribly so.

Still… I’ve been told I need to get braces again. Why?

Going Back For Check-Ups

Here is where I think I went wrong.

Just because your braces get taken off does not necessarily mean your treatment is “over.” You should still go back to see your orthodontist from time to time!

I’m not sure why exactly, but I haven’t really ever gone back to my orthodontist after getting my braces taken off as a kid. I think I had a one-year follow-up and that’s it. I always went to see my dentist a few times each year, but never really to my orthodontist for whatever reason.

Truthfully, I didn’t think I needed to.

After braces, I thought that stage of my life was over and done with.

Well, I guess my good luck and early compliance with my retainers kind of, in part, backfired.

Since I never misplaced my retainer and took good care to clean and maintain it, it lasted me a really long time. Because it lasted, I never thought I had a real reason to return back to their office. That is, until recently when I finally decided my retainer was no longer fitting properly after my two-year hiatus from wearing it.

I didn’t know this, but even those “permanent” retainers (the metal bar on the back of your teeth) aren’t actually meant to be permanent in the sense of lasting for life. When I went in to see my orthodontist, the staff seemed surprised to see it stayed in place all these years without breaking.

I went in only asking for a new retainer.

The orthodontist had taken a look at my teeth. The staff members were amused because supposedly I was one of the orthodontist’s original patients so they didn’t have any virtual files for me. Everything was on paper since that was how they used to keep records. Also, the original photos of me on record were, of course, from when I was a teenager. So, needless to say, I looked a little different sitting there in person.

Even though I hadn’t been back in nearly 10 years, I didn’t think much changed with my teeth.

It’ll Be Braces… or Jaw Surgery

It seems silly in hindsight, but I was definitely caught off guard when things didn’t go nearly as I had imagined they would.

I thought I’d get some dental impressions made and be on my way back home only to return again in a few weeks when it was time to pick up a new retainer.

If only it could have been so simple…

The orthodontist explained that my bite is no longer aligned. My lower jaw moved forward as I got older so now my teeth are hitting in ways that they’re not supposed to. So rather than getting the braces purely for cosmetic reasons (though they’ll certainly help straighten them up) I actually need to have the braces in order to correct my bite.

That, or jaw surgery.

As I sat there listening to him explain why I would require jaw surgery in order to pull back my lower teeth and jaw if I cannot commit to braces, I explained to him that another surgery at this moment was unthinkable since I was just released from the hospital two weeks earlier after having an appendectomy surgery. 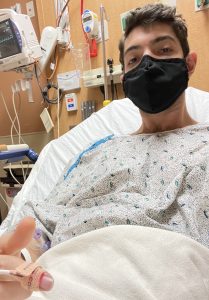 Starting 2021 off with not one, but TWO surgeries? No, thank you.

The orthodontist says braces alone should help correct my bite so that my teeth aren’t hitting and that this correction may also alleviate the occasional TMJ problems that I sometimes experience.

I do not want to have jaw surgery…

I still remember that splendid day in August of 2011 when I got my metal train tracks removed.

My orthodontist explained that he exclusively uses Invisalign for treating patients now. That brought me much relief knowing it wouldn’t be anything too noticeable.

I guess if there was ever a good time to get braces as an adult (or at any age, for that matter), it’s now during the pandemic when everyone is being asked to wear masks in public.

Instead of metal wires and brackets, Invisalign uses plastic trays to make periodic step-wise adjustments by applying pressure on specific teeth with each sequential tray. It’s removable, but you still have to keep them in for 22 hours a day.

I couldn’t help but have PTSD-like flashbacks to those classic metal ones so many of us had as kids. It sounds like they’re being phased out. Since the cost for Invisalign has dropped and technology has improved, my orthodontist told me he does not even offer metal braces as an option anymore! I was so shocked.

Even though this should help fix my bite and I should be thrilled to improve my smile, it also feels like I’m reliving my middle and high school years of having all this stuff bonded to my teeth (Invisalign still involves glued attachments) and needing to revolve eating schedules and foods around my treatment plan again.

Invisalign or otherwise, the thought of getting braces again was still a big decision for me. It’s equally as big of a commitment now as it was 10 years ago, if not more so now due to having them as an adult. Mentally, it took me some time to accept what I’d been told and to come to terms with being willing to commit to going through retreatment a second time. It’s going to be at least one year long.

A week ago, on March 3rd, 2021, I picked up my first set of trays and got the attachments installed on my teeth.

Braces are one of those annoying things we suffer through in the short-term for the payoff of a smile we can enjoy long-term. The good news is that modern solutions like Invisalign make this type of treatment much less noticeable and a lot more bearable.

It should be a bit different this time around. It seems to me like Invisalign’s system grants people a lot more freedom, autonomy, and involvement in the process than traditional braces ever did.

It’ll probably take some adjusting, but I’m very much looking forward to having a proper bite and improved smile in 2022 after this is all complete.