I think I set a new record for myself when both Jorge and I purchased our tickets to visit the Greek island of Mykonos roughly five hours prior to our departure by ferry. The decision to go to Mykonos was made AFTER midnight and our intention was to go THAT COMING MORNING! After booking our accommodations, we slept only briefly before we got up again bright and early to catch the ferry first thing in the morning. We rushed to Piraeus, a major port in Athens, where we took a SeaJets Champion Jet 1 ferry straight to Mykonos. 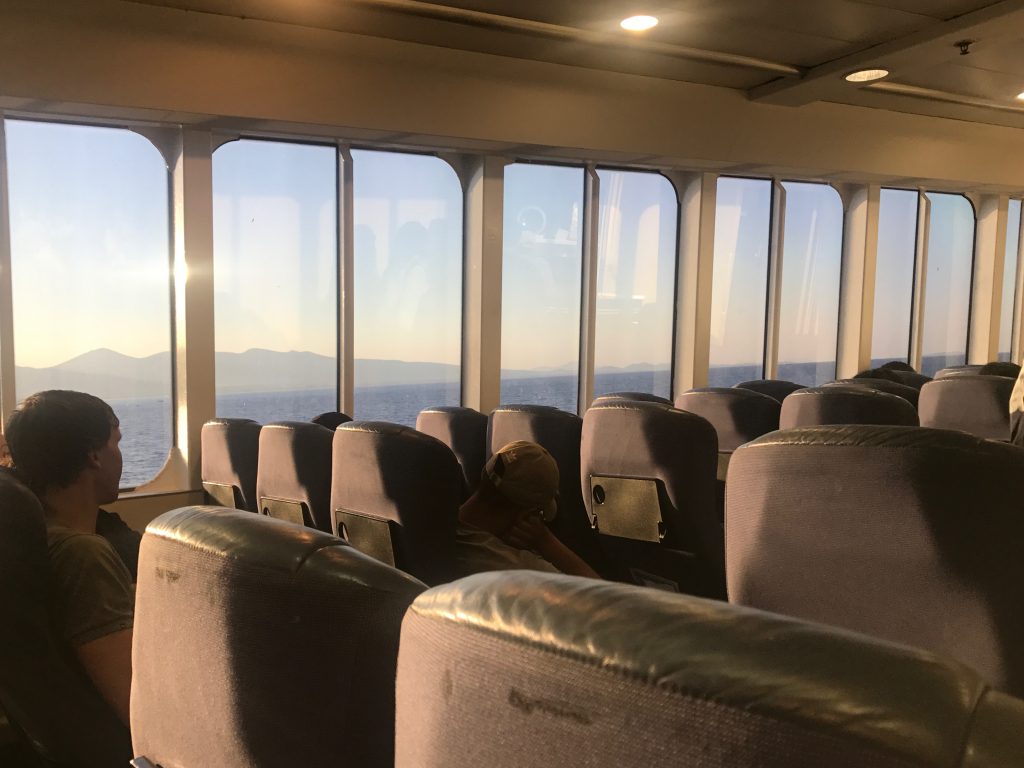 While most of the stories I had heard about the ferries to Mykonos made it sound like the journey would be a long and boring one, ours was quite the contrary. Jorge and I were originally seated apart but we were able to trade seats with another couple who also somehow got split apart (One of them was seated beside Jorge and the other was seated beside me. Which makes me question how that happens during the seat assignment process… but that is besides the point.) So making the switch to sit together was easy since it benefitted all parties involved. 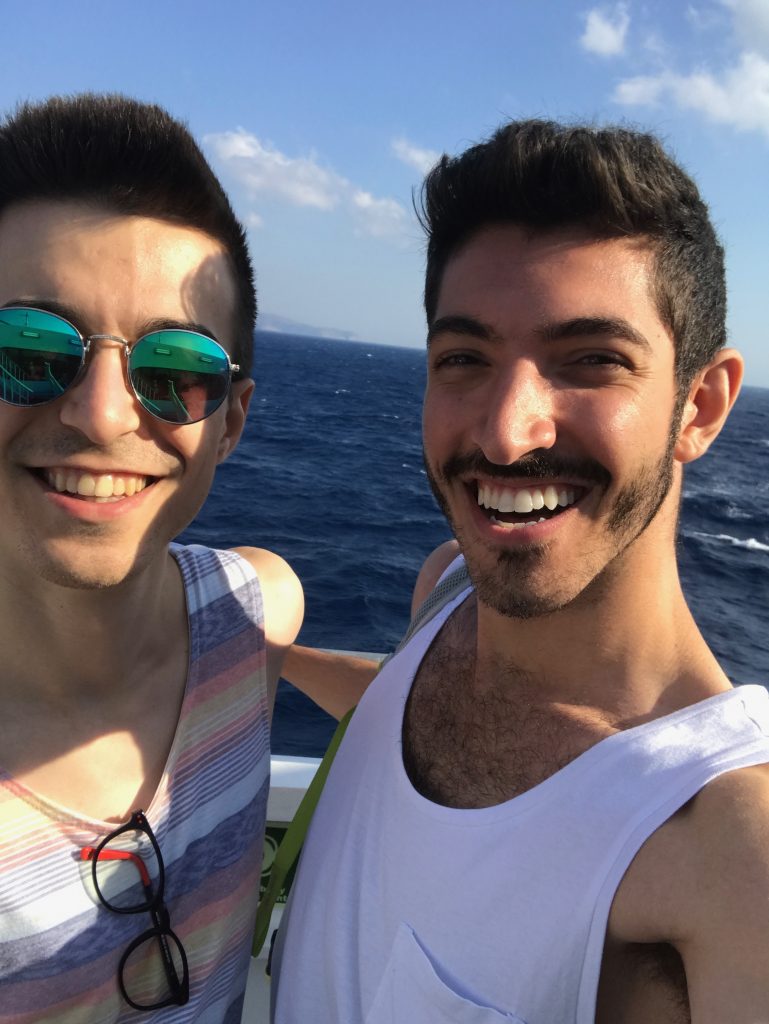 During the four hour long journey, Jorge and I ventured to the upper deck of the Champion Jet 1. The ferry was going FAST (the trip can take longer than 4 hours in many cases but our ferry was both direct and quick in the water.) When we ventured out onto the open deck, we were blown away (quite literally) by the intense and rapid winds. No joke, it was exactly like what you might see in the movies – except we weren’t acting. We were actually holding onto the handrails and pulling our bodies forward to move against the wind.

Here is a short clip that I tried to record – but kind of failed at – since I could feel the phone slipping out of my hand.

The winds were so strong that if you didn’t hold onto your belongings, they’d easily fly right off. My tank was flapping everywhere. My feet were sliding along the slippery deck. I even feared the possibility that the lining on my string bag might tear causing me to lose all of the belongings I carried on my back. The wind and water were whipping around everywhere. No sooner did we re-enter the ferry only to hear the captain announce that due to the unsafe water conditions, people would no longer be allowed to go to the upper deck of the ferry. That was…. not surprising. 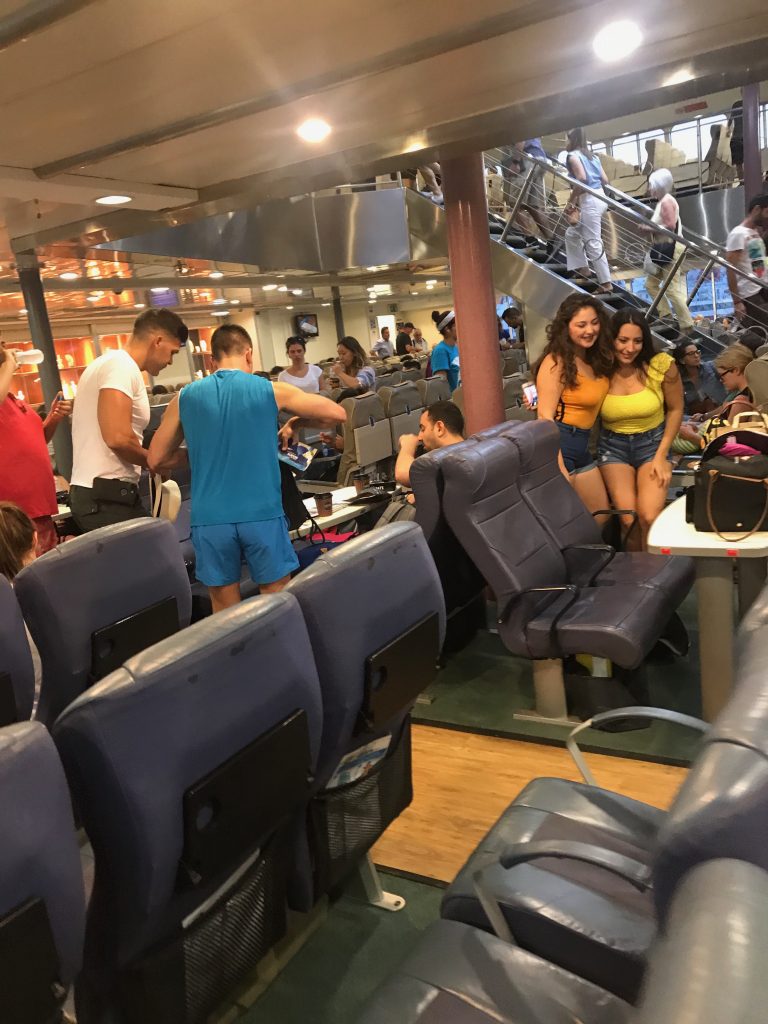 The ferry ride was enjoyable! I got a lot of reading done on my Nook. Jorge kept me company as we awaited our visit to the beautiful blue and white island. We boarded the Sea Jet by 5:45AM and we were exiting it by 9:30AM. The timing was ideal since we’d soon have the entire rest of day to enjoy the island. 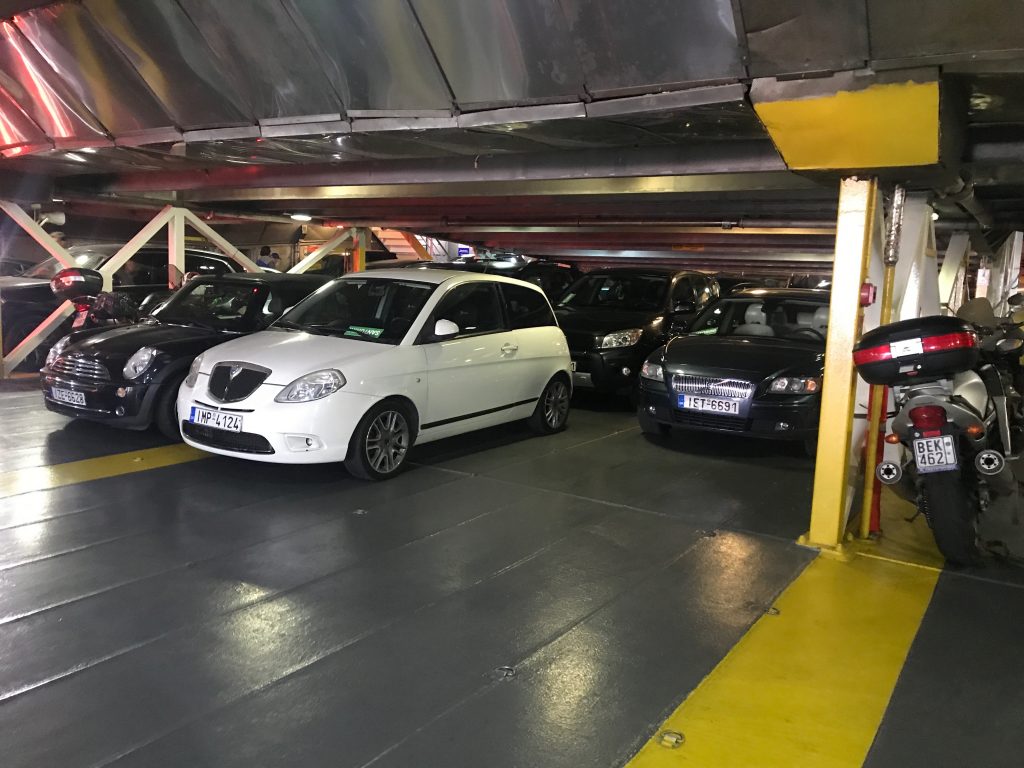 As we approached the island, the captain ordered all passengers headed to Mykonos to file down to the cargo holding area. I guess it wasn’t the final stop because only a fraction of the passengers got off. It didn’t feel nearly as organized as I expected but still, it was very easy to follow the directions since all of the people standing up were clearly heading to the same door. (I mention this because it wasn’t exactly the same case during our return journey.) 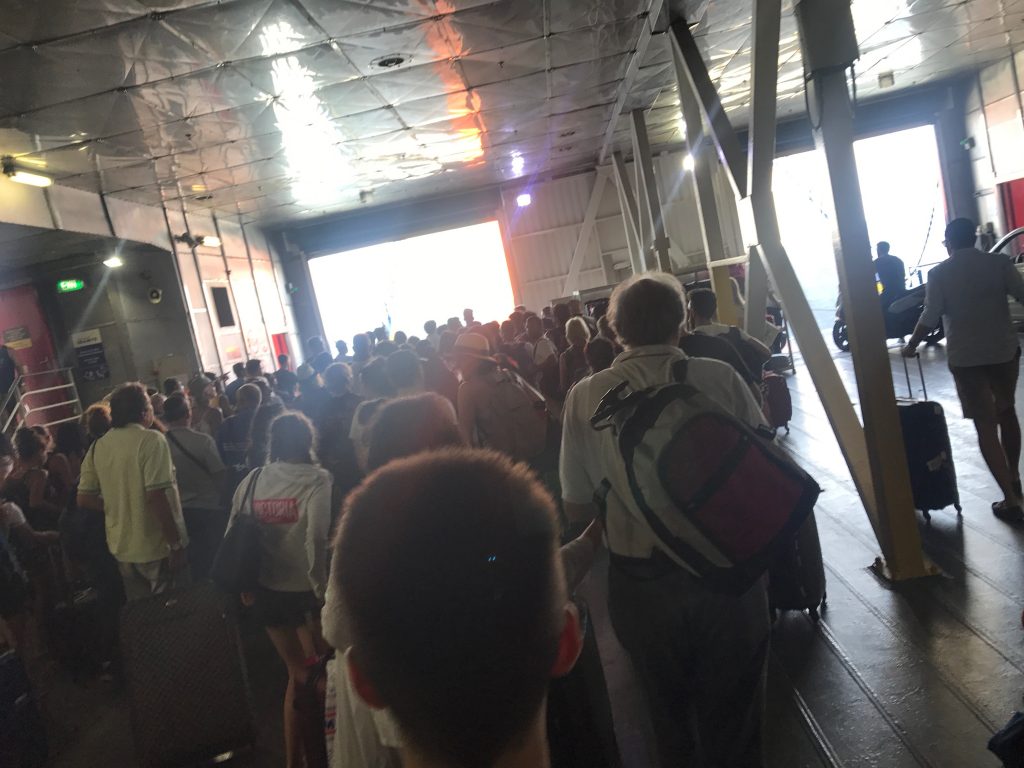 Finally, we were herded like sheep off of the ship and onto the island of Mykonos! That, my friends, is where the fun really began!