Love can make you do anything for a person. Unrivaled in its intensity, the emotion of love creates a fiery passion like no other. It is because of love we sacrifice today for what we believe will be better tomorrow. Everything in the world seems brighter, happier, and more wonderful when we’re in love. That’s how I know I was in love. 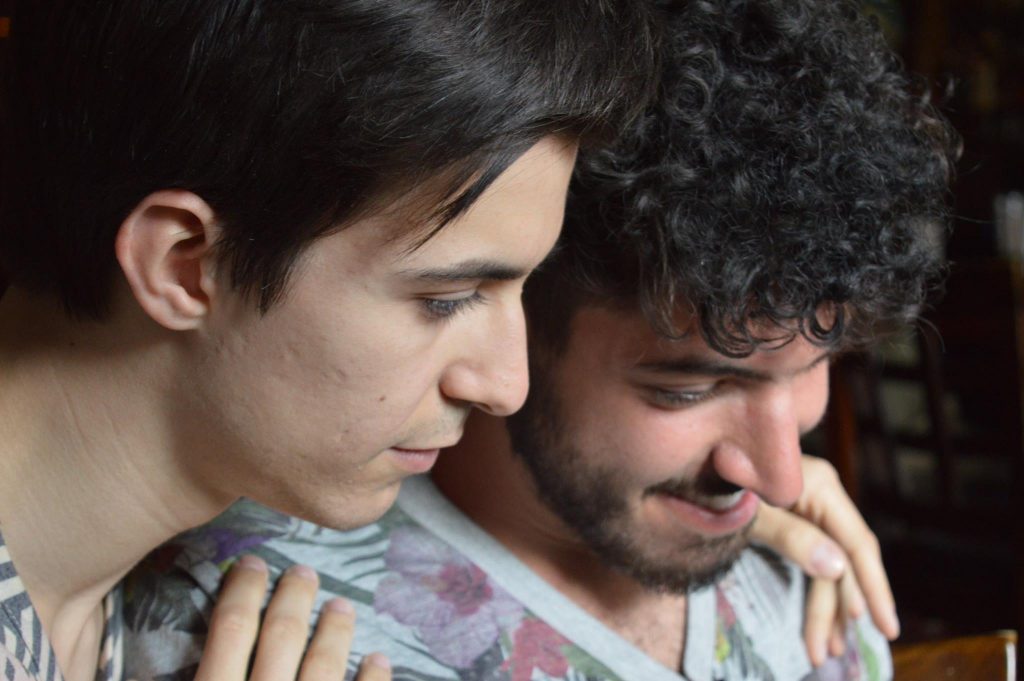 The lesson I am still coming to terms with is that sometimes life carries people in different directions. Today, I mourn the loss of the best relationship I ever shared. My relationship with Jorge. With no ill intent, Jorge ended our relationship three days before returning home to Spain. As his fifty-day visit was coming to an end, the need for us to have our inevitable “when will we see one another again” conversation crept up. Except, what I didn’t expect was that this time, our answer was maybe never.

Although I felt blindsided, I could also see where Jorge’s reasoning was coming from. The reality is that being in a cross-continental long distance relationship posed serious challenges for both of us. Even if we hadn’t decided to split up, the sad truth is I don’t know when the next time is we would be able to see each other again.

I’m feeling unimaginably heartbroken right now. I feel like the future I envisioned for us was shattered and abandoned. I know there were certain aspects of our relationship that needed work but I had this unwavering faith that no matter what the challenge was, we’d work to figure out a way.

In many ways, I feel like I was somehow misunderstood. It wasn’t until it was too late that I began to realize that there were critical factors going unaddressed while damaging our relationship. That is part of the struggle of being away from one another three quarters of the year, I guess. The emotions are still running high right now so I can’t get too in-depth but I do feel my intentions or thoughts were sometimes misinterpreted. I don’t want to get too technical but I believe the best way to describe what I experienced is through a brief discussion using MBTI personality types.

Because I am not a religious person whatsoever, I think many people fail to recognize the spiritual side of me. In fact, I find it difficult to talk about this side of me with anyone because when I say anything about it, I feel like it sounds crazy. The truth is though that I feel very much in tune with people’s spirits. The INFJ personality type is actually recognized as the most spiritual MBTI type and is often described as having psychic-like attributes (a product of our introverted intuition.) As a spiritual introvert, some of my favorite moments together were times when Jorge and I were sitting together in silence, even while doing our own individual things. To many people that might sound awkward. I pray he did not feel neglected or ignored by me. You see, to me, that wasn’t uncomfortable. In fact, it was during some of those moments I felt like our spirits were connecting the most. 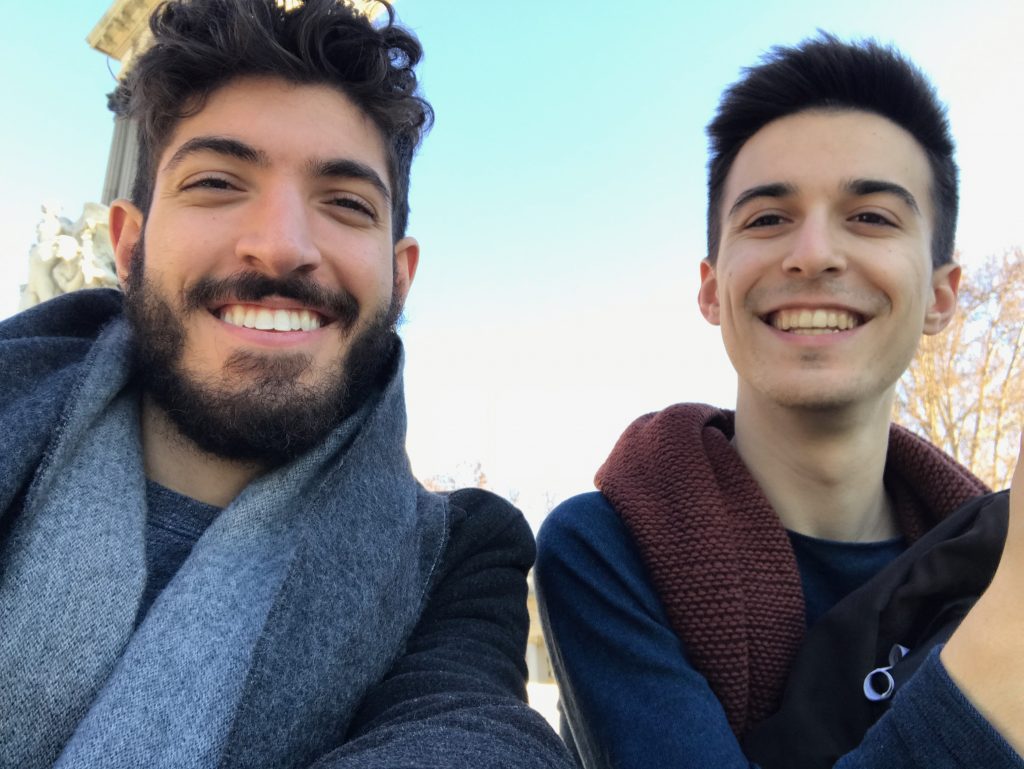 Jorge’s MBTI type was never professionally tested but after numerous conversations and free online assessments, we went on to believe he is either ENFP or ENTP. We never boiled it down to one because, frankly, it didn’t matter. We got along phenomenally well together and were what I believed to be a fantastic couple.

Because of my spiritual nature, the distance and time apart surprisingly didn’t wear on me as much as I thought it would. To clarify, I am not saying it was easy to be apart. It wasn’t. I missed him like crazy when we weren’t together. However, I felt such a strong spiritual connection with Jorge even when he was thousands of miles away that I could still somehow feel at peace knowing he was doing his own thing and I was doing mine.

I know breaking up is going to be the most challenging thing I’ll ever endure because I will have to focus most of my energy on falling out of love with him and disrupting the strong bond we formed over the last two years. The hardest part of it all is that he never gave me a reason not to love him.

According to MBTI analytics, the INFJ’s natural partner is the ENTP or ENFP and vice versa. Dominant Introverted Intuition types bond best to dominant Extroverted Intuition types. PersonalityPage does an exceptional job at describing INFJ relationship dynamics. It is definitely worth a quick read. Discovering the natural partner information came as a great epiphany to me because of what I had experienced personally with Jorge. The day I met him, I immediately could sense a strong chemistry between the two of us. It was a sixth sense I felt within seconds. To be honest, I recall being almost freaked out by it but I probably just laughed nervously. It was our first date after all.

PersonalityPage explains how the INFJ is dedicated to achieving the perfect relationship. I found their description frighteningly accurate, as I do with most INFJ-based content. I am on a quest to find the Ultimate Relationship with someone. The struggle I now face is coming to terms with the possibility that this wasn’t it. I almost feel in denial over our new circumstances because of how right and balanced our relationship felt. At least, to me. As I come to terms with the possibility of a permanent goodbye, I have to be extra weary of the infamous INFJ door slam because I do not want it to happen again. It is a well documented INFJ-thing and I’m a little all too familiar with it. Just a quick Google search will literally show hundreds of pieces about what it is and why it happens. 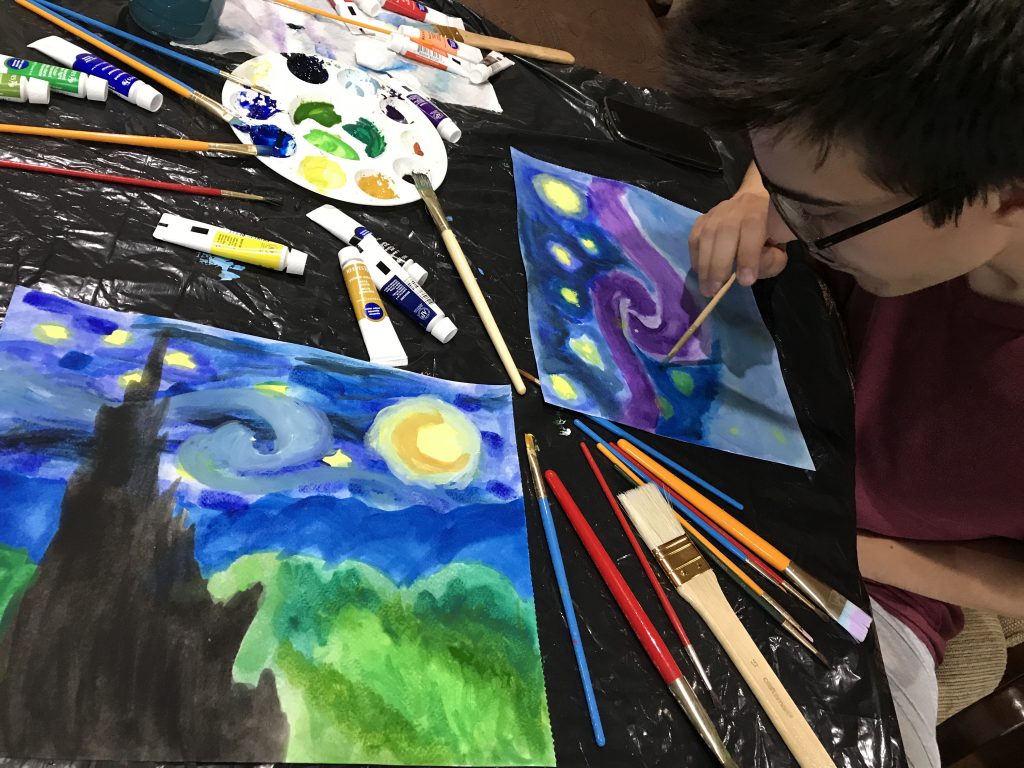 I wish I didn’t have a tendency to hold back part of myself. One of the best pieces of constructive criticism I ever received was during an interview when someone once said, “I can tell you have great things to say, Rocky. Now let your voice be heard.” Unfortunately, it is such a battle for me to speak sometimes because I overthink literally everything to the point where my opinions sometimes have already changed before I can even open my mouth. My thoughts come as pictures and visions and I see things from so many perspectives that I sometimes feel contradictory to my own thoughts and beliefs.

Although Jorge lives in Spain and I’m in America, I always pictured us eventually having a normal life together. No more online relationship. Not an “I’ll see you in 6 months,” relationship. But one day, a normal life joined together. I wanted him to be the first man I saw when I woke up and the one I cuddled up next to at night to watch Season 8 of Charmed – it was our favorite TV series. Having separate, healthy, working lives during the day. Striking balance.

Another one of my dreams is to travel the world one day. I’m still figuring out if I want to do it in the short-term on a budget or if I’d rather wait until I have the money to go worry-free. All I know is that traveling is a top priority of mine and I want to blog about the places I go along the way. The trips I have already had the privilege of going on with Jorge were always more fun and I’ll miss his presence dearly.

While talking about our options, I considered moving to Spain because Jorge has a minimum of a year left there to complete his undergraduate degree. The thing I am uncertain about is how I could go about making a move like that in the short-term without impacting my long-term goals and the career path I am trying to build in America. Before going to Spain, I’d imagine I would need to develop some level of fluency in Spanish and figure out how to make money while living abroad. I’m not against the possibility of that happening but it would require thought, discussion, and careful planning between the two of us if we decided to go that route.

In the meantime, I’m trying to cope with the loss of my best friend as healthily as possible. I’m sad and my heart aches but I’m doing my best to divert my emotions to help me get my life back in order at full force. My priorities now are to heal my spirit, to make money (loan repayments are but a few months away), to refocus on hobbies like getting this blog up and running again, and to get myself into better physical shape. Of course, all one step at a time. Graduating college has already given me a taste of what real life is like and as overwhelming as it is to think about everything that is happening, I know the universe has a special way of always working itself out for the best.

To love means to open ourselves to the negative as well as the positive – to grief, sorrow, and disappointment as well as to joy, fulfillment, and an intensity of consciousness we did not know was possible before. – Rollo May

Above all else: patience is a virtue.