Right down the street from where I was staying in Indianapolis was a little restaurant called Dick’s Last Resort. From the outside, it looks like any other hamburger joint. A friend of mine, not knowing any better, decided to eat there on one of our first few days in the city.

He walked up to the hostess and asked for a table for one. She rolled her eyes at him and said, “Follow me.” The hostess seated him at the largest table in their restaurant and threw a menu at him. Shortly after, a waitress walked over and before asking if he wanted anything to drink, she folded a sheet of paper into a hat and wrote on it, “I have lots of imaginary friends” and walked away.

There he sat, all alone, at this long table where no one seemed to be taking him seriously. He was very confused. 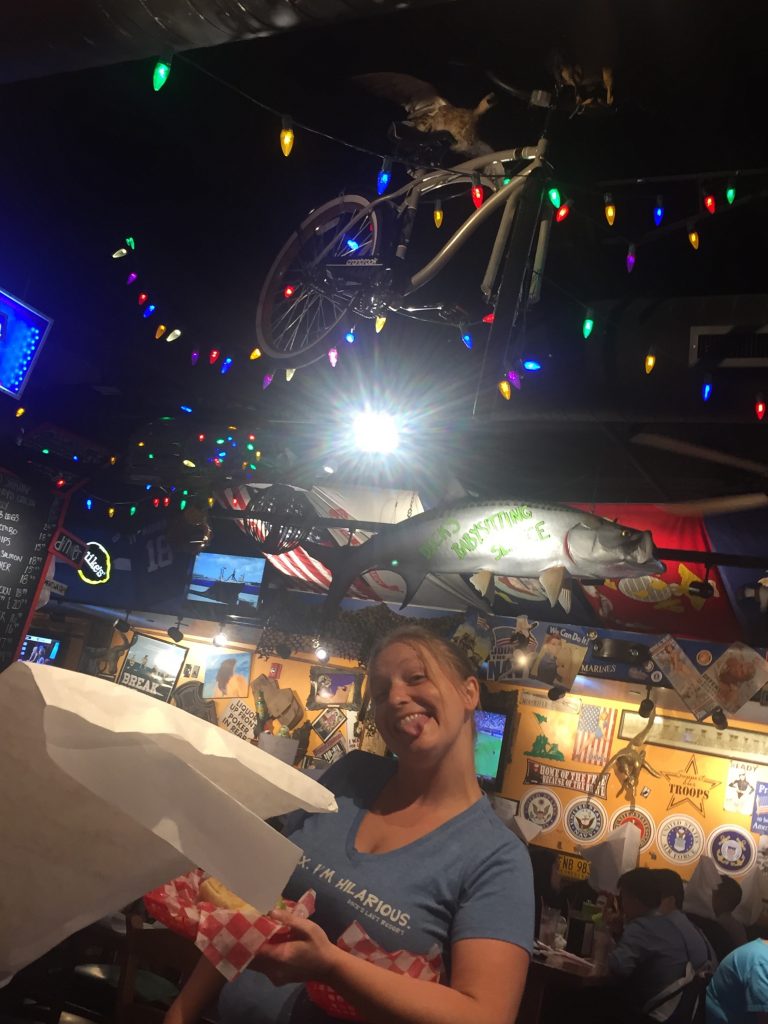 It turns out Dick’s Last Resort is a small bar and restaurant chain that is known for its intentional employment of an obnoxious staff. AKA that’s why it’s called Dick’s and that’s why it should be your Last Resort. Everyone who eats there is given a hat with a customized message written on it. The chain consists of twelve restaurants in total so you may have seen one before. 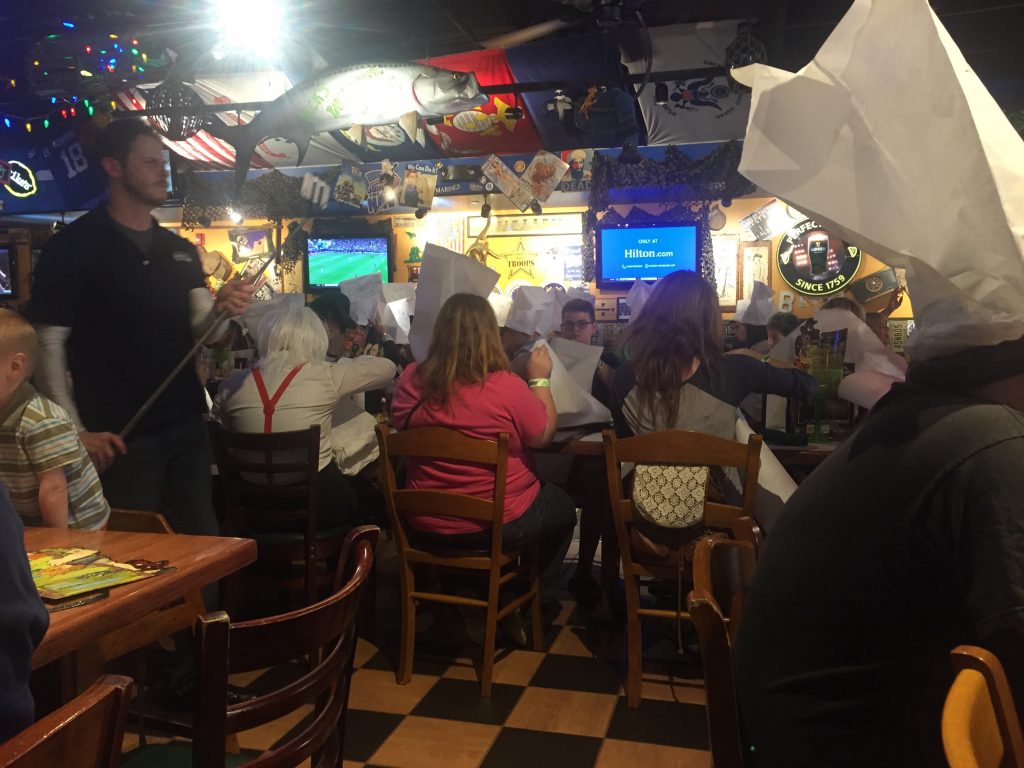 Dick’s is the polar opposite of what you’d expect from dining out. I went there with a few friends for lunch just to experience the whole thing. They tossed a big bundle of silverware at us, told us to get our own drinks, and our waitress said she’d tell us when it was time to order.

The messages they write range from laughable to downright mean. I’m going to choose not to share what my hat said in an effort to keep my blog rated PG… One of my friends coughed because he had a cold so the waitress wrote, “I’m the reason everyone at this convention has mono.”

When someone at another table stood up to go to the bathroom, a waiter shouted, “EVERYBODY! LOOK AT JASON! HE HAS TO GO NUMBER TWO!!!” There were two instances where waiters were asked to celebrate people’s birthdays. Instead of singing to them, the employees would ask you to stand up on a chair. Then everyone in the restaurant was told to shout together, “NO ONE CARES.” and then you sit back down.

I’ll never understand why anyone would ever go there for their birthday. But for an ordinary day out, I think it’s a fun bad experience!