In my previous blog post, I wrote about the new regulations that have been getting implemented across China by the government pertaining to students who now face much stricter rules surrounding learning English online after school hours.

The government has really been becoming very strict with these new policies; It has gotten to the point where I have grown much less certain VIPKID will still exist in China in even a year’s time, unfortunately.

All of this talk about VIPKID and working remotely got me thinking a ways back. Back to a time when I was actively teaching and traveling.

(By the way, I was recently featured on Grow by CNBC & Acorns for this!) 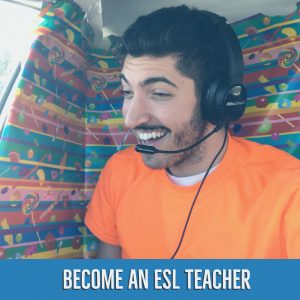 I was reminded of the time I was exploring a new city in Croatia and got booked by one family very last minute to teach their child an English lesson.

As I was traveling, I always tried my best to ensure I would be home anytime I got scheduled to work online. By “home,” I just mean a private and quiet enough space to speak with a student for a full 25-50 minutes without any interruptions.

I.e. not in the middle of nowhere… Unfortunately, constant travel sometimes makes planning for such instances quite difficult. 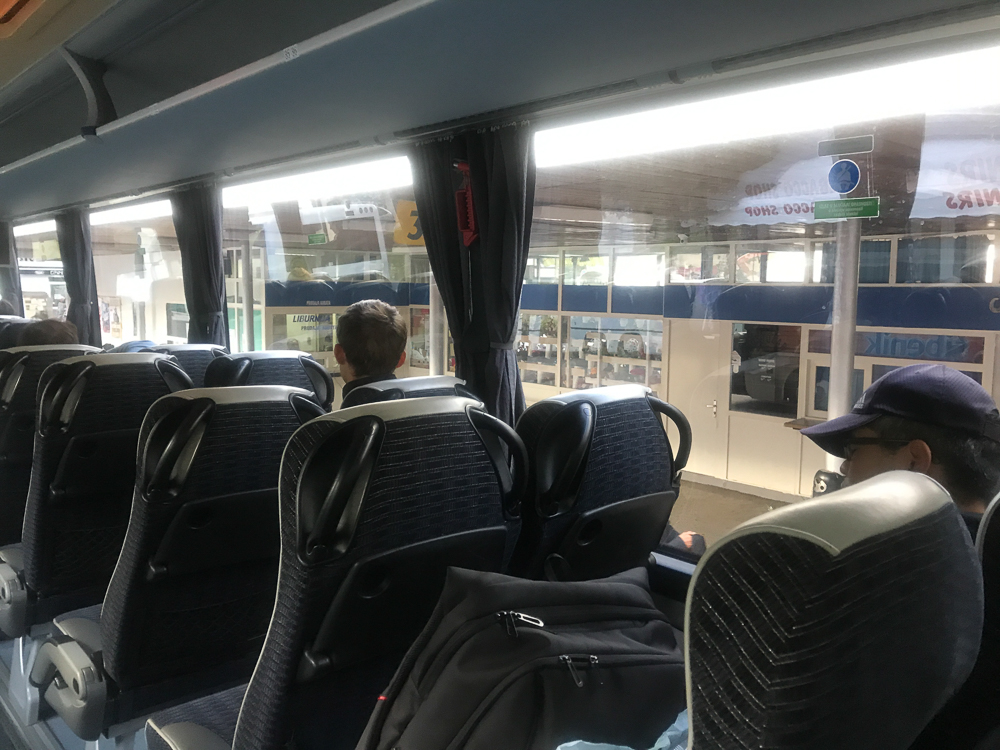 In one case, I took a little last-minute road trip with one of my new friends in Croatia to a city called Šibenik. It’s about an hour and a half drive south of Zadar.

While on the bus, I got a notification that I had gotten booked for a short notice VIPKID class in about 3 hours’ time. I probably should have just canceled the lesson, but VIPKID penalizes teachers for canceling and I had my equipment with me anyhow.

Faced with the decision of paying a cancellation penalty or setting up shop to teach a class somewhere in Šibenik, I chose to attempt the latter. 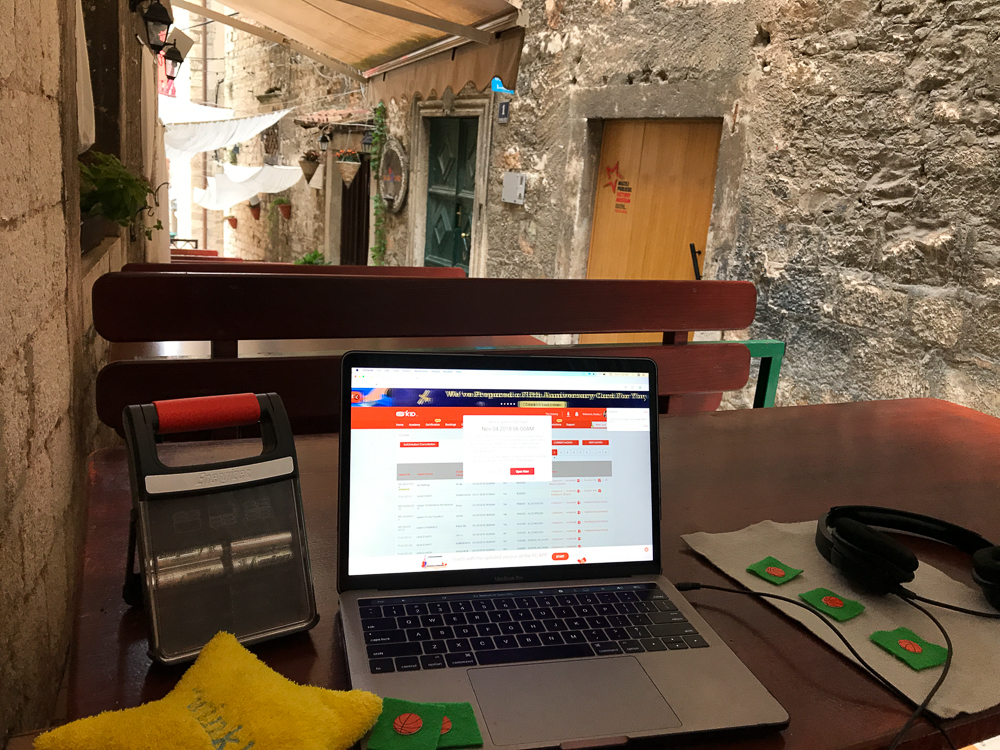 In Šibenik, my friend and I walked around to see more of this unfamiliar city. All the while, I was scoping out potential areas where I could teach an English class in public without drawing too much attention to myself…

Teaching on the VIPKID platform usually requires speaking quite loudly, enthusiastically, slowly at points, being very animated with your face and hands, and being able to hear your student clearly.

I would need to have adequate lighting, my headset all hooked up, my stuffed animals and reward systems all ready to go.

To teach a VIPKID class in a public space is actually quite difficult. 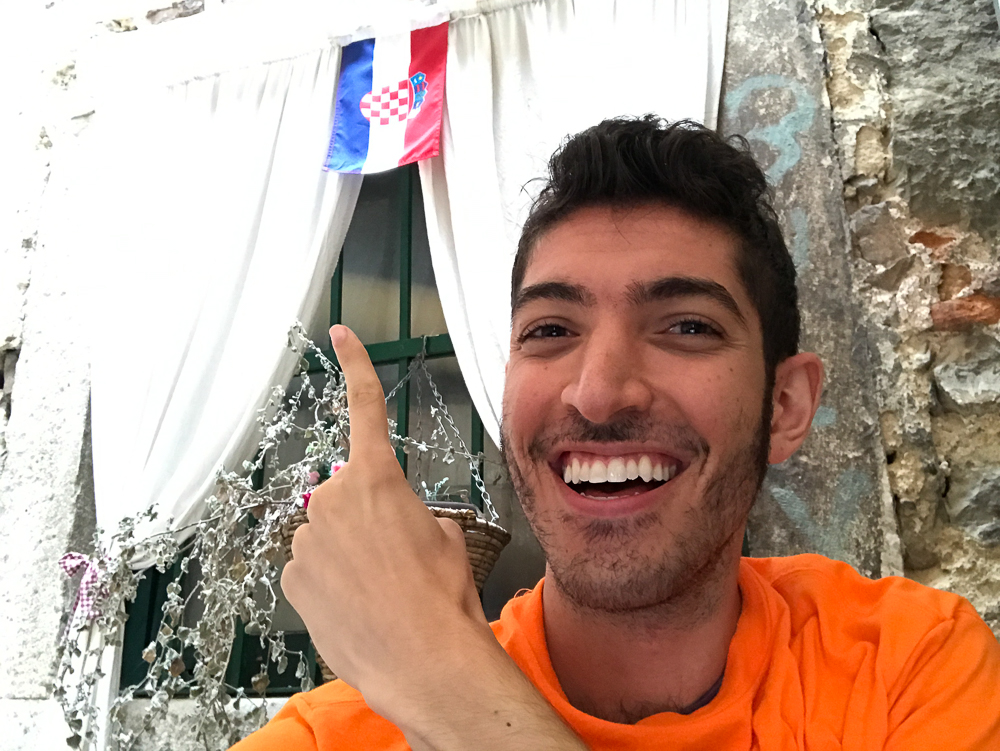 Aside from the unwanted attention that I feared from potential passersby, the worst anxiety I had was the potentially poor & spotty internet connection and noise from said people.

That’s ultimately why I decided to teach from an alleyway off of a random street in a less busy section of the city. I thought it might be a little quieter. It was a Sunday afternoon which helped a bit.

I sat down at an outdoor table at a closed restaurant. It was just past lunchtime so I was nervous they’d suddenly open up after possibly taking some type of Croatian “siesta” (if that exists) and ask me to leave mid-lesson. That would have caused a big mess if it happened during class time. Thankfully I was able to squeeze the quick class in without any interruptions.

I recall one or two people walked past and looked, but that was the worst of it. 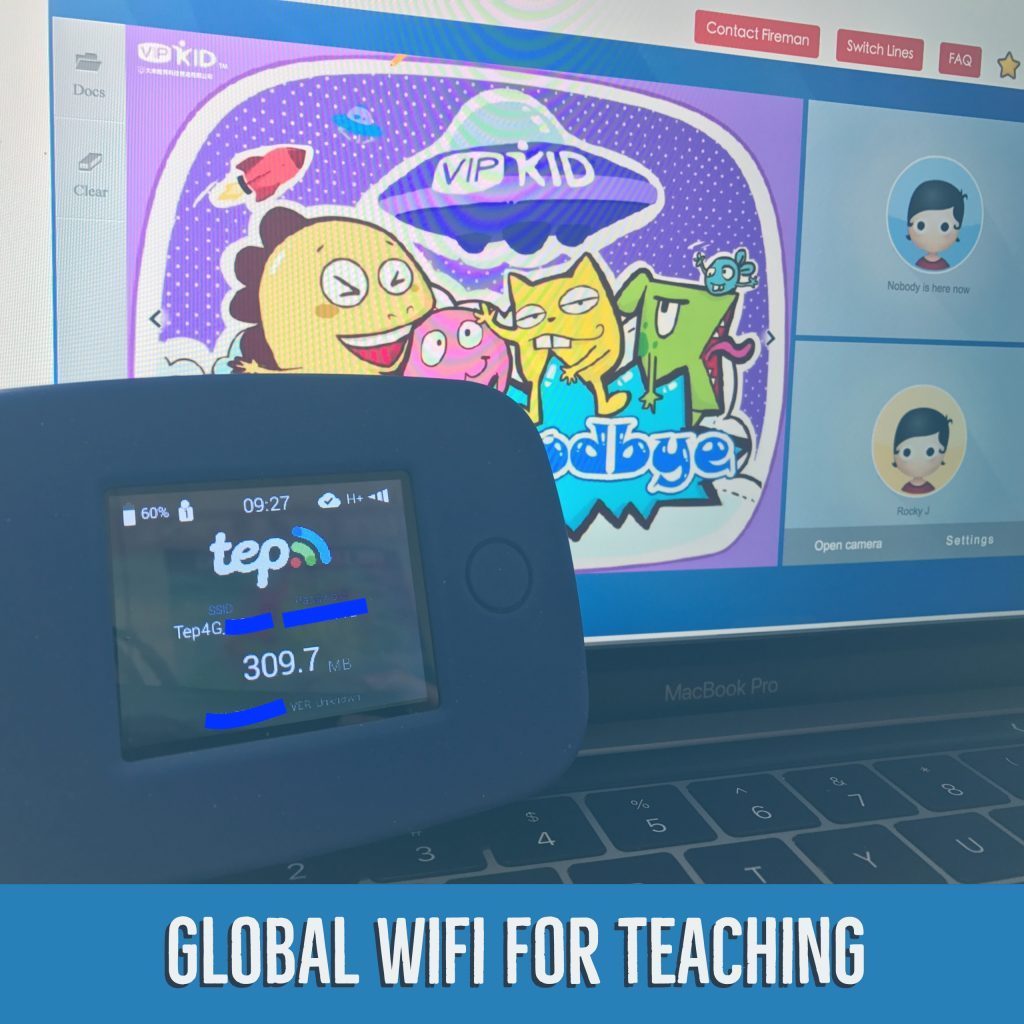 My internet was pretty solid thanks to my Teppy!

While looking at my video footage while streaming, I noticed the Croatian flag that was positioned behind my head. VIPKID students tend to be VERY observant. This kid picked up on the flag right away and asked me where I was.

(I actually didn’t realize the Croatian flag was behind me until I turned my camera on to begin the lesson!)

I had to explain that I was actually traveling in Croatia while skipping over the details about why I was teaching outdoors in the middle of an alleyway. 😀

Each class on VIPKID is reviewed and rated by the parents. Traveling tutors have to take extra care to deliver really high-quality lessons because part of our evaluation includes having a nice classroom and if you’re teaching from a random place, that could potentially negatively impact your 5-apple score.

With the Croatian flag behind me, I feared the parents might dock points from my lesson for thinking I am not actually a native English speaker, which turns out to be one of the main selling points for the platform actually. 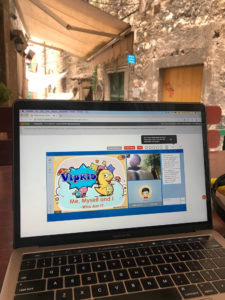 Later that week, I found out I got a full 5 apple rating for the class that I taught in Šibenik so it was alright after all.

Teaching in public spaces used to give me a lot of anxiety, but somehow, those memories are also some of my favorites because they remind me that when push came to shove, I did what I had to do in some of the craziest places and at the most inopportune times in order to be able to afford my backpacking trip.