Everyone raves about the New York City fireworks on the 4th of July. With Jorge being around this summer, I figured it would be a nice excuse to go into the city and enjoy a fun night out together. I’ve never watched the NYC fireworks in person before so I was really looking forward to seeing them with him. 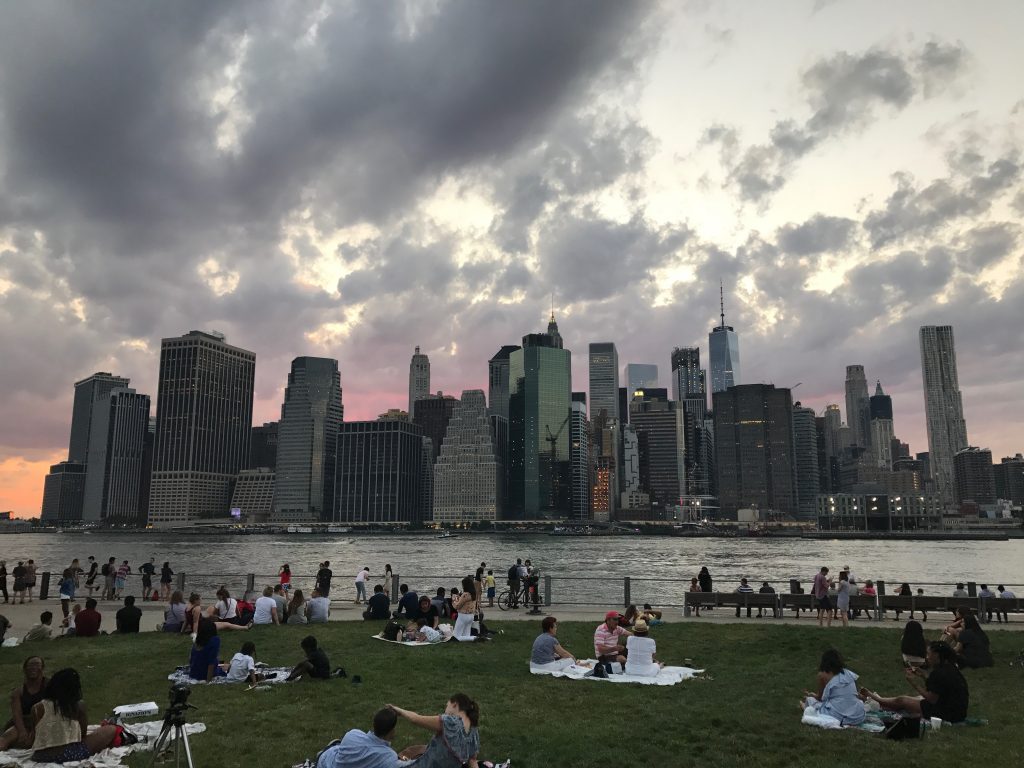 According to the wealth of information on the internet about the best places to watch the New York City fireworks from, the consensus seemed to be that the Brooklyn Bridge has one of the best viewing areas. 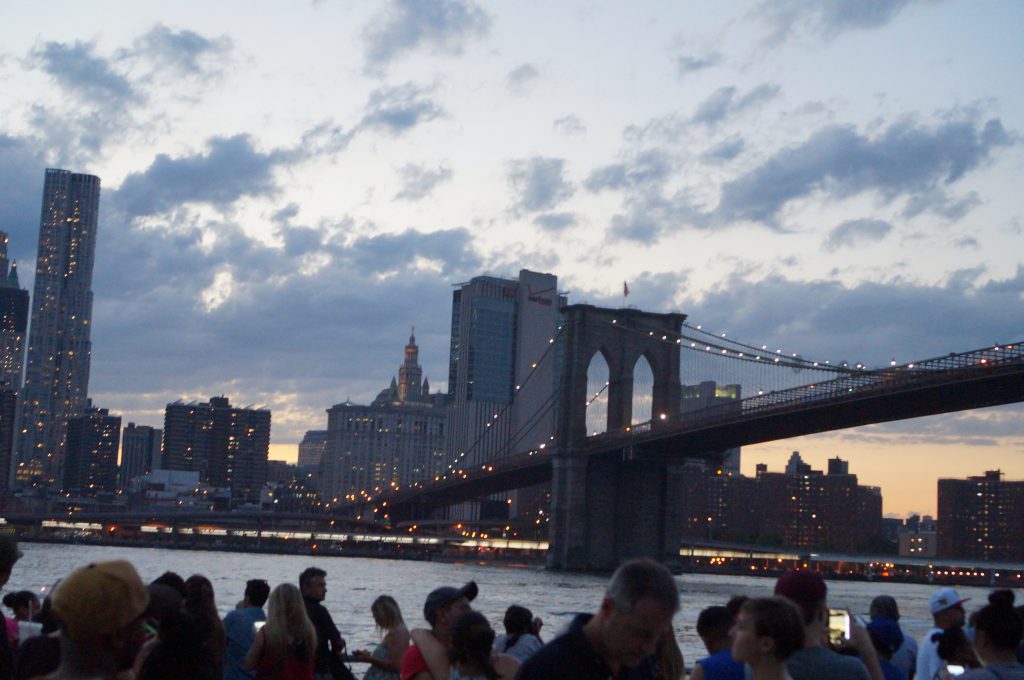 Jorge and I went into the city earlier that day, closer to 3 or 4PM. We spent the day together in Manhattan, ate dinner at Shake Shack, grabbed a bubble tea, and ventured around Times Square to kill time. We read that the fireworks historically began around 9:35PM so we timed our travels accordingly. As the day went on, we eventually made our way to the Brooklyn area so we could get a good spot to sit down and watch the fireworks from.

We eventually found a beautiful spot at Brooklyn Bridge Park where tons of people were starting to gather. We settled down to enjoy the beautiful view of the sun setting behind the many skyscrapers lining our view. 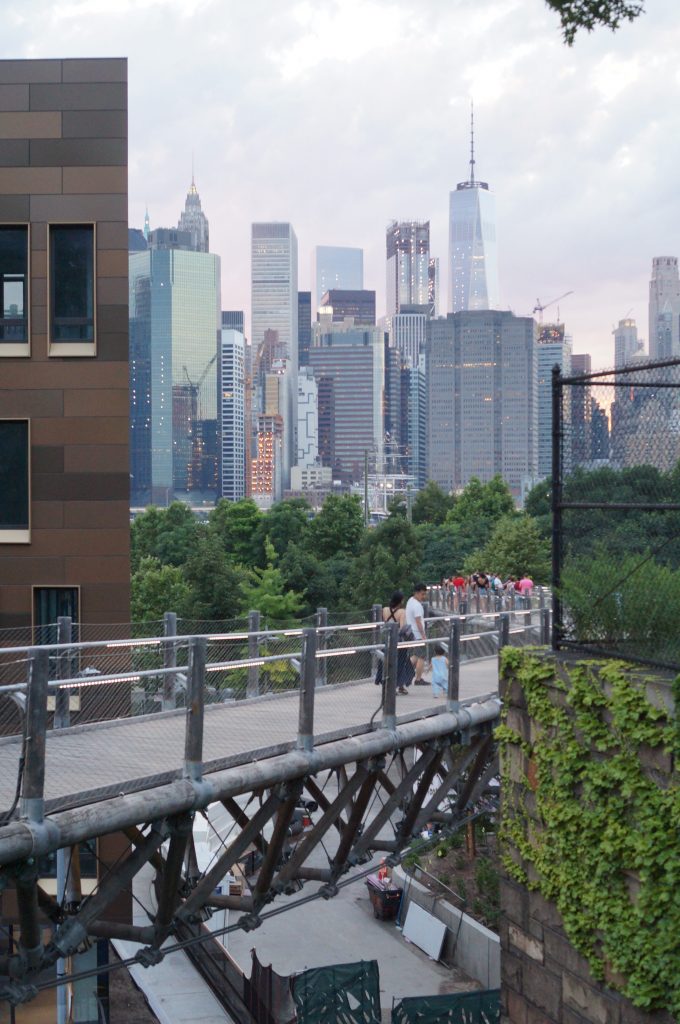 Out of curiosity, I took out my iPhone and looked up “Best viewing spots in Brooklyn for the NYC fireworks” on Google in case there was a different section of the park we could move to before the fireworks began.

The time was now 9PM. 30 minutes until the show’s scheduled start time.

Google News placed two headlines at the top of my search:

Brooklyn residents disappointed fireworks won’t be visible from neighborhoods this year as well as Macy’s pulls plug on 4th of July fireworks near Brooklyn Bridge.

What was I reading??? Why did all of the blogs I checked in the morning suggest we go to Brooklyn if the fireworks wouldn’t even be visible from there?

I looked at Jorge, stood up, and said, “We need to go, fast. We won’t be able to see the fireworks from here” As we quickly navigated through the crowds of people, I explained what I read online. I approached one police officer and asked, “Sorry to bother you with such a silly question but are the fireworks going to be visible from here?” motioning over to the crowds of people surrounding us.

The officer smirked and said, “Nope! Not at all.”

Jorge and I immediately looked at one another. “Thanks, that’s what we thought,” we responded, “all these poor people must have no idea.”

“Macy’s didn’t do much advertising this year but they have cut back. Here are the new firework barge locations. This year’s show will pretty much only be viewable from this area,” as she pointed closer to Manhattan on a map she was holding in her hand.

GREAT. So the fireworks are only viewable from where we were ALL DAY.

With the show starting in less than 20 minutes, we were left with very few options. The roads were blocked off, traffic was basically gridlocked, and Uber prices were now surging. We thought about taking the subway but the timing would be cutting it close and we couldn’t even get the subway map on my phone to load since the network was overloaded with the masses of people trying to use it. Even when the internet would work, it worked horribly.

We searched for the subway on Google Maps and it directed us to the closest Subway restaurant. Then we search for the metro line and it showed us a Metroline car service shop. Nothing was working. When we searched for public transportation routes to go closer to Manhattan, every single option required you to take a non-operating ferri. I felt like screaming.

We had one last option: walk as far north as possible. So off by foot we went, into the depths of Brooklyn. 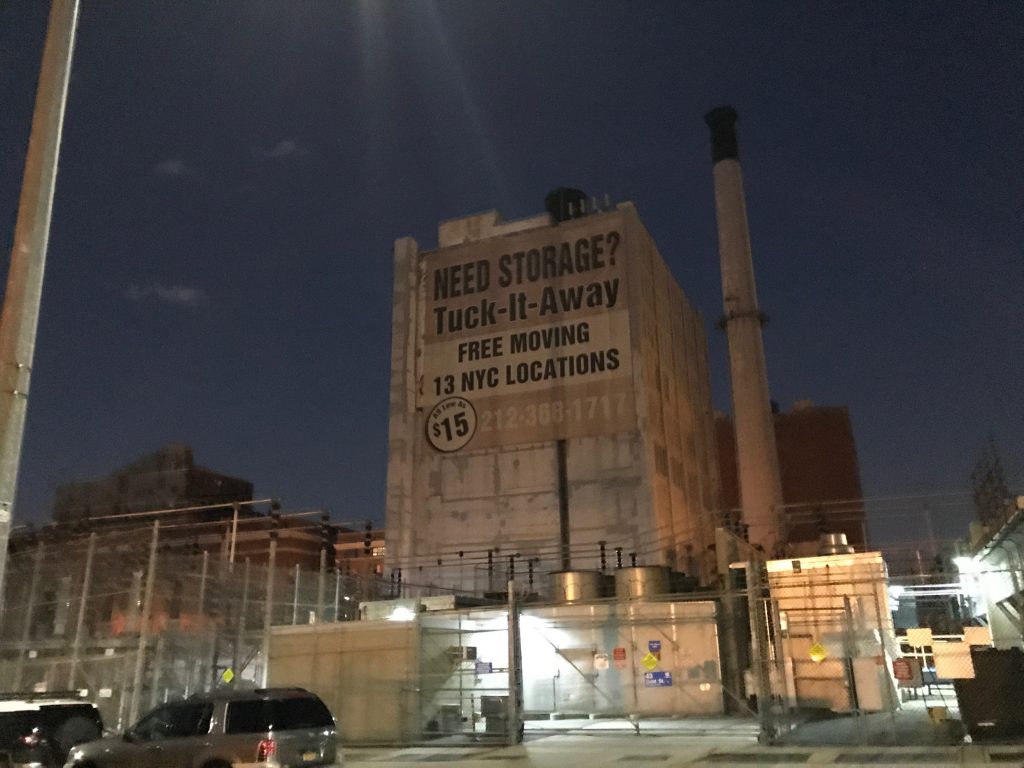 At 9:35PM, right as the show was about to begin, we arrived at our new lovely viewing area. Time was up so this was it. We’d have to make the best of our new spot. 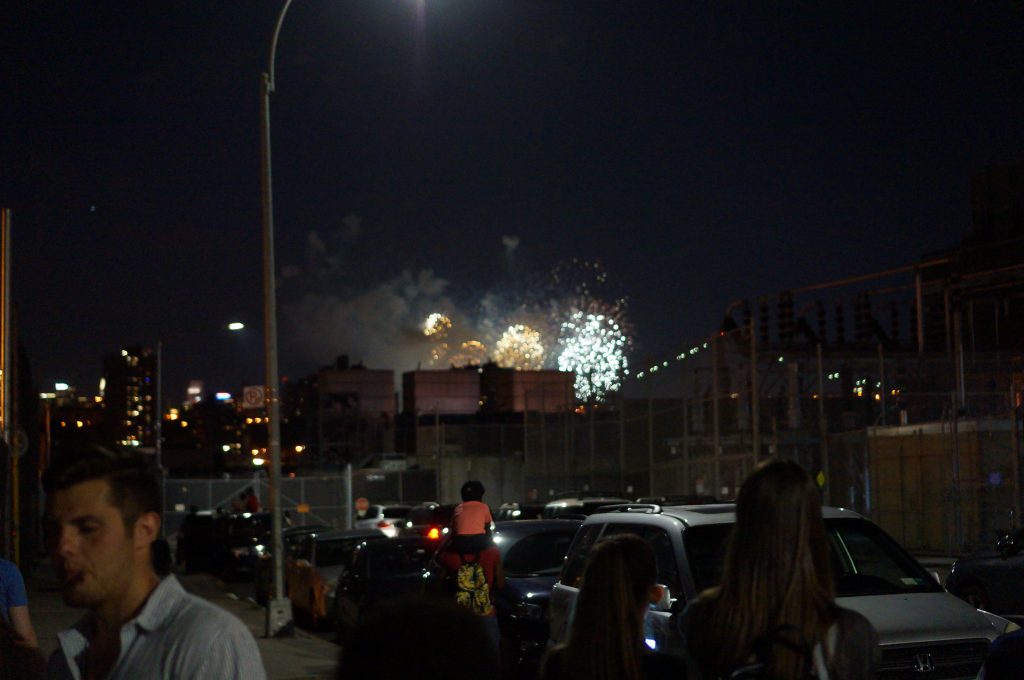 We heard a sudden bang. When we looked up, we saw the fireworks out in the distance. Despite our long walk, the fireworks were still much further away than I expected. I guess having A view beat having NO view of them because had we stayed where we were originally, we wouldn’t have been able to see anything. 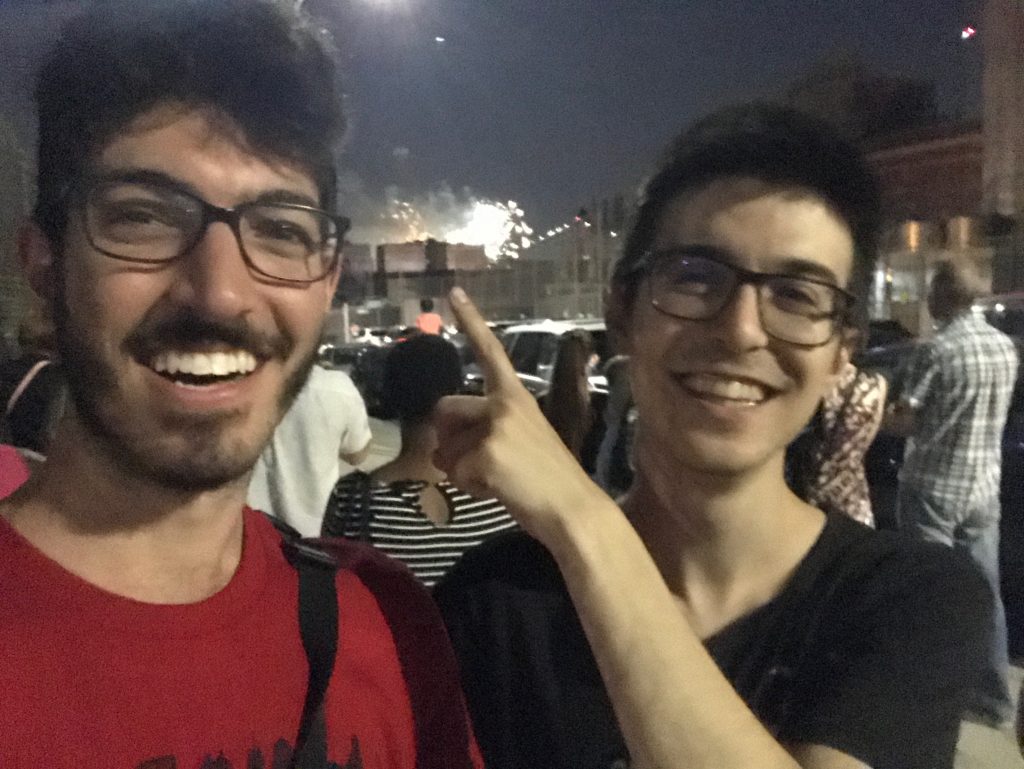 You could kind of see the wonderful show from where we now stood. If you squinted hard enough, it was possible to make out the colors and shapes of certain fireworks. If they were high enough.

Here are a few other photos from our lovely date night in Brooklyn. 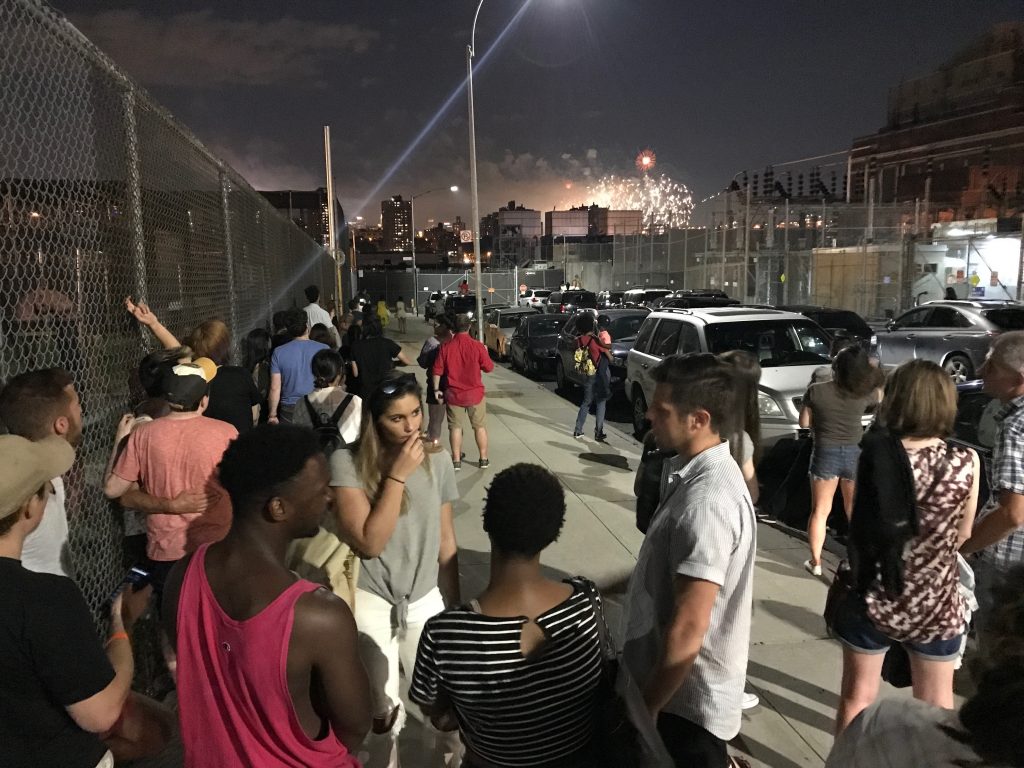 On the bright side, I was glad to see we weren’t alone. Although we were the first ones there, a crowd soon began to form. Other people came out and watched the fireworks from afar. One guy even started playing patriotic music from his phone. That helped set the mood. 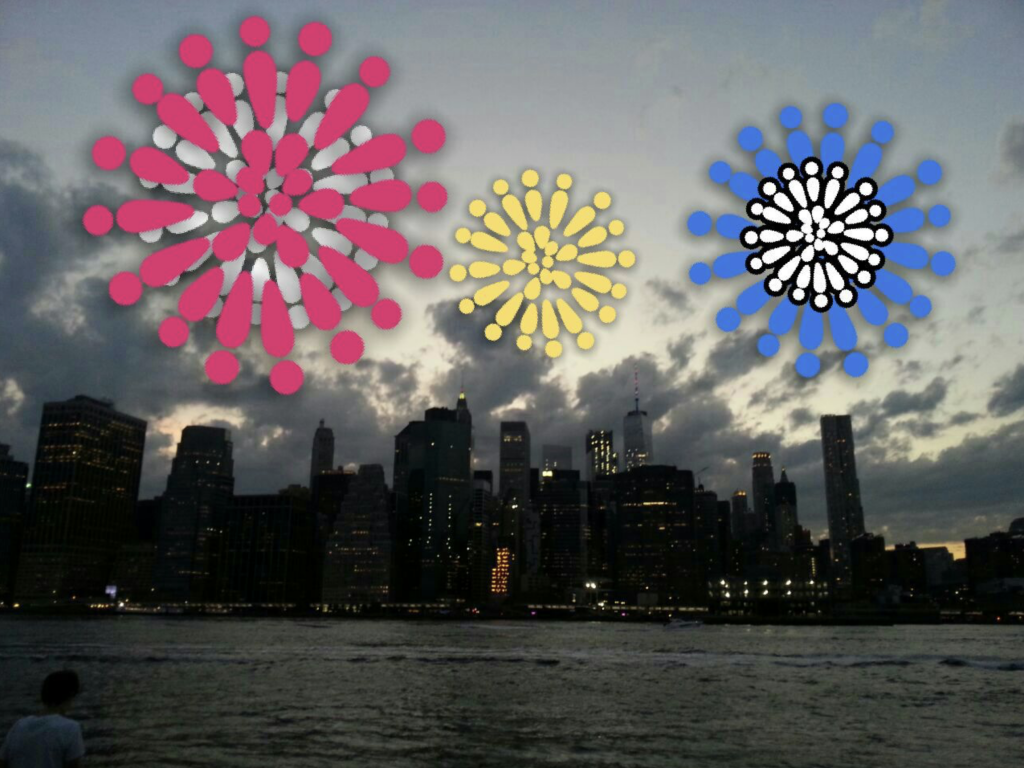 Jorge created this cute picture to commemorate the 4th of July Firework Show that never came to be. On that same note, I wonder what happened down by the Brooklyn Bridge once everyone else realized there would be no show there this year. How long did everyone wait before realizing? At 9:35, did everyone awkwardly get up and leave?