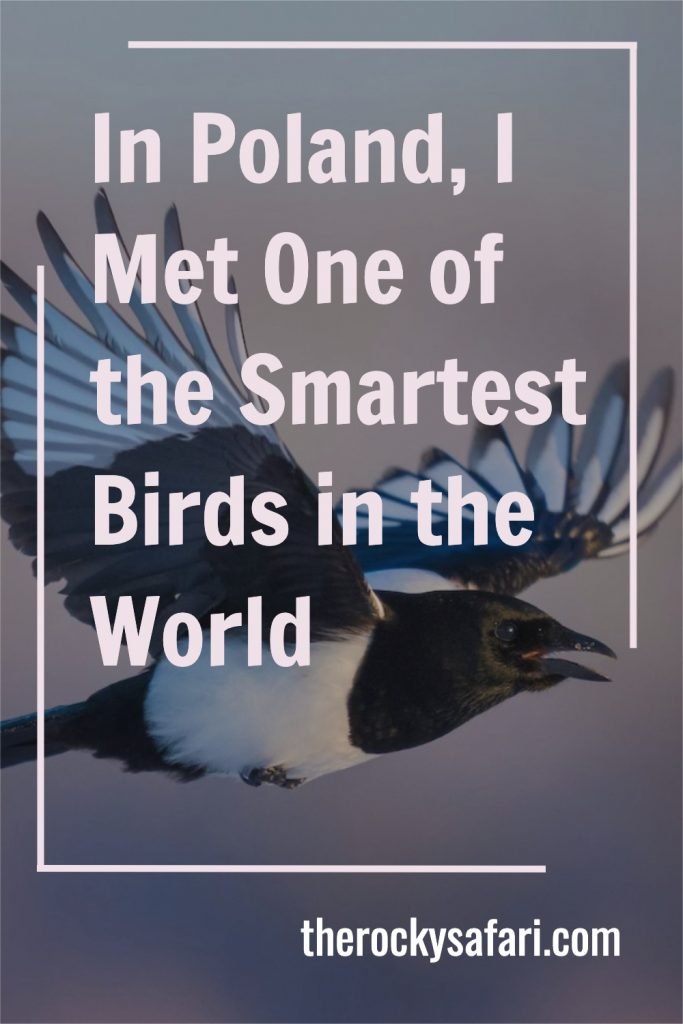 A fascinating, crow-like bird caught my attention after I arrived in Warsaw, Poland. I repeatedly kept spotting these birds hopping and flying all throughout the city, but I had no idea what they were.

They resembled ravens or crows, yet somehow they were different.

While I didn’t know it then, it turns out I was introduced to one of the most intelligent bird species in the world: the Eurasian Magpie. 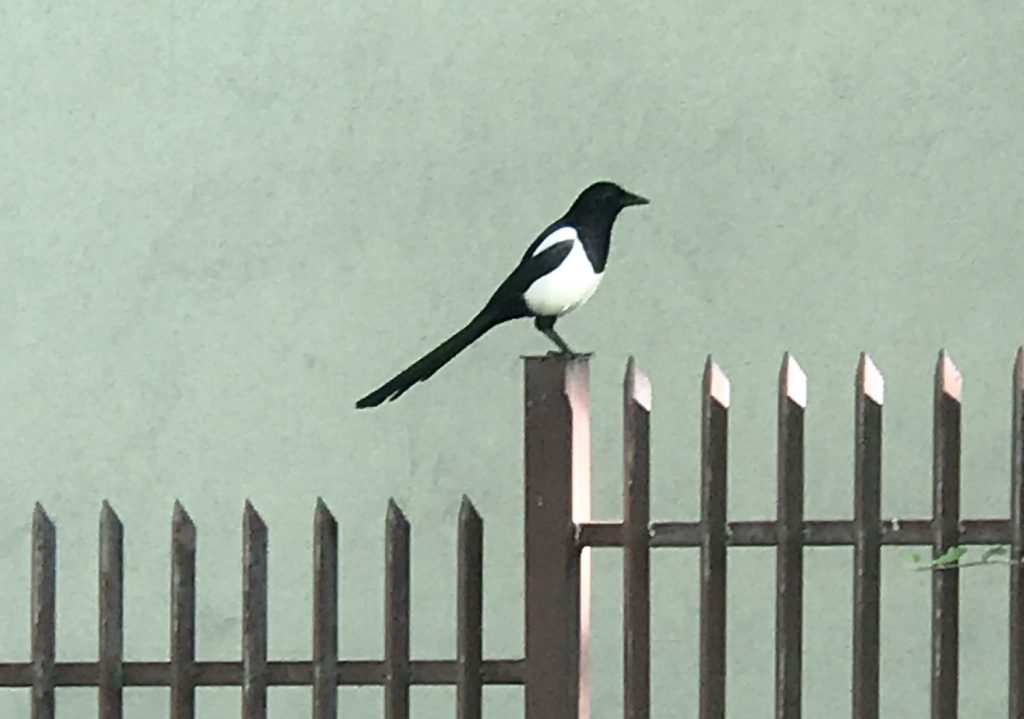 Magpies are not native to where I am from so they were completely foreign to me. I had never seen one in real life.

Before I even had the chance to discover how smart these birds can be, it was their appearance that originally caught my eye. 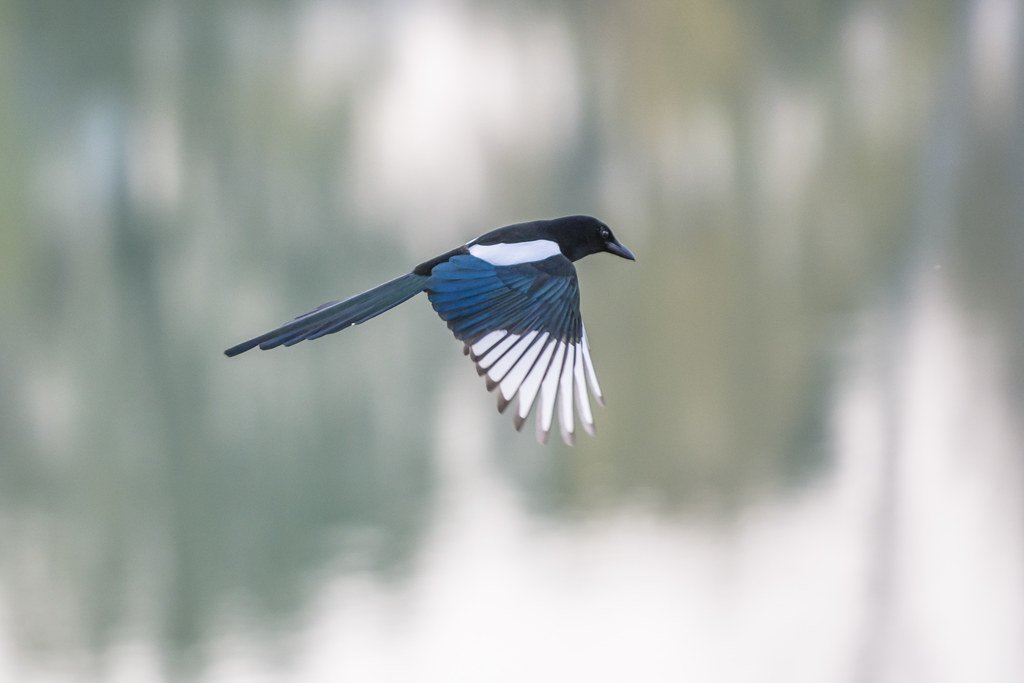 These unfamiliar birds could be spotted hopping across branches and flying gracefully from tree to tree, all while showing off their spotless, white-colored bellies and iridescent, blue flight-feathers. 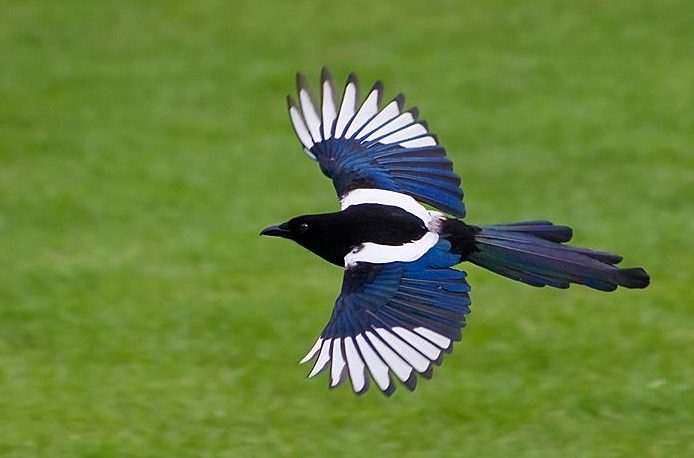 Despite their vague resemblance to crows, they really stood out to me. 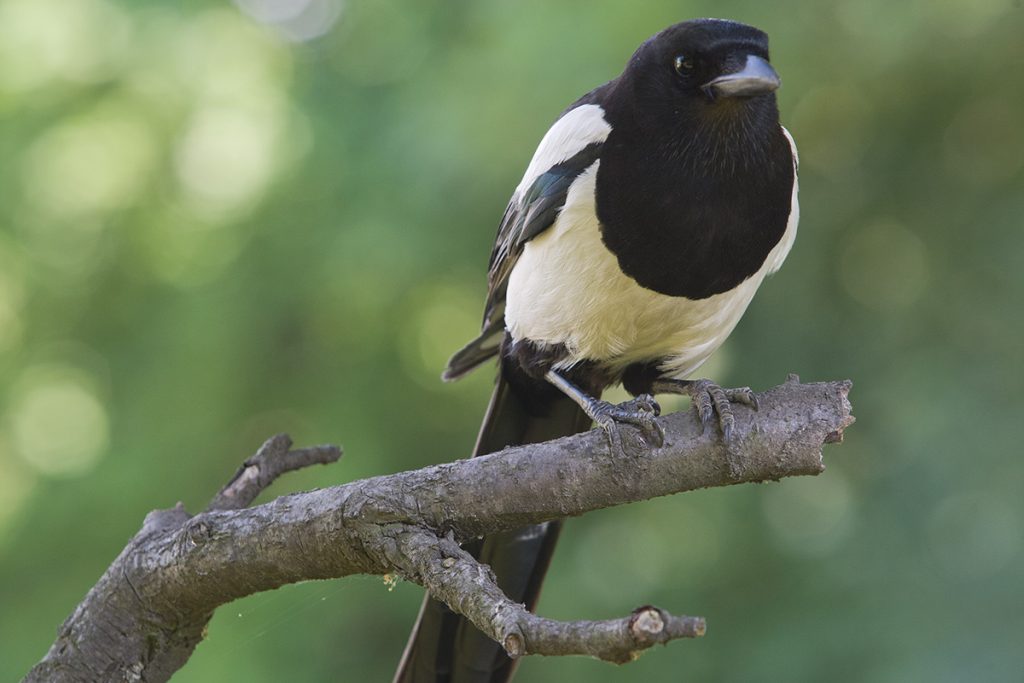 One of Poland’s greatest assets is its vast greenery. I lived beside a huge park and there was plenty of foliage all over the city. The number of untouched trees there was really one of my favorite aspects of living in Warsaw. 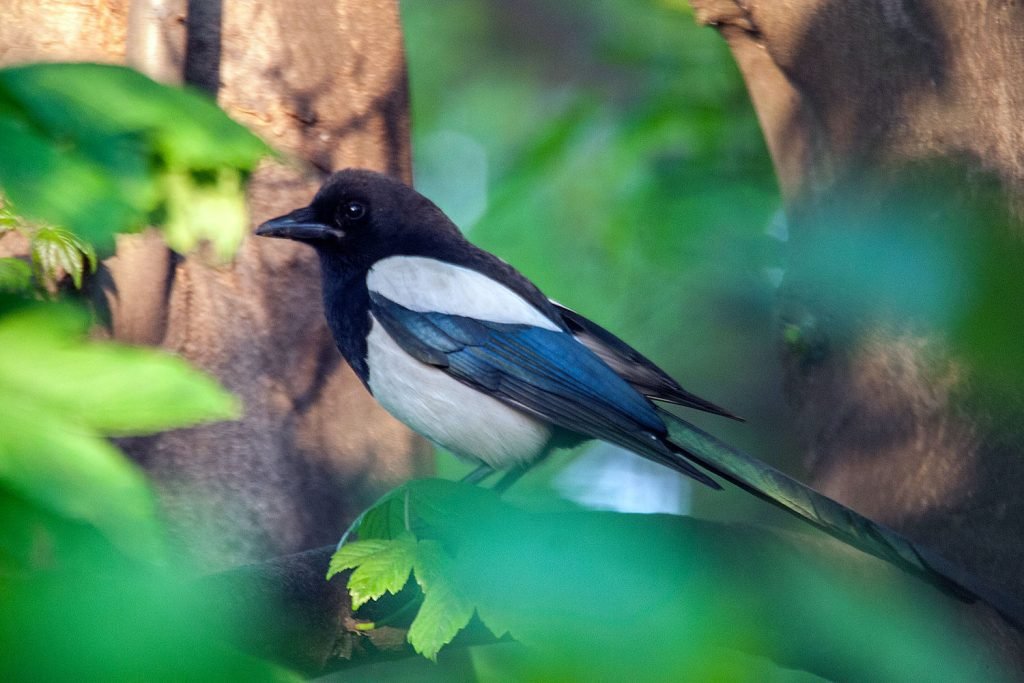 I viewed Warsaw as proof that people can coexist with nature in an urban environment. Even at the heart of the city center, the number of trees left untouched was incredible. It should be no surprise to see their wild birds thriving. 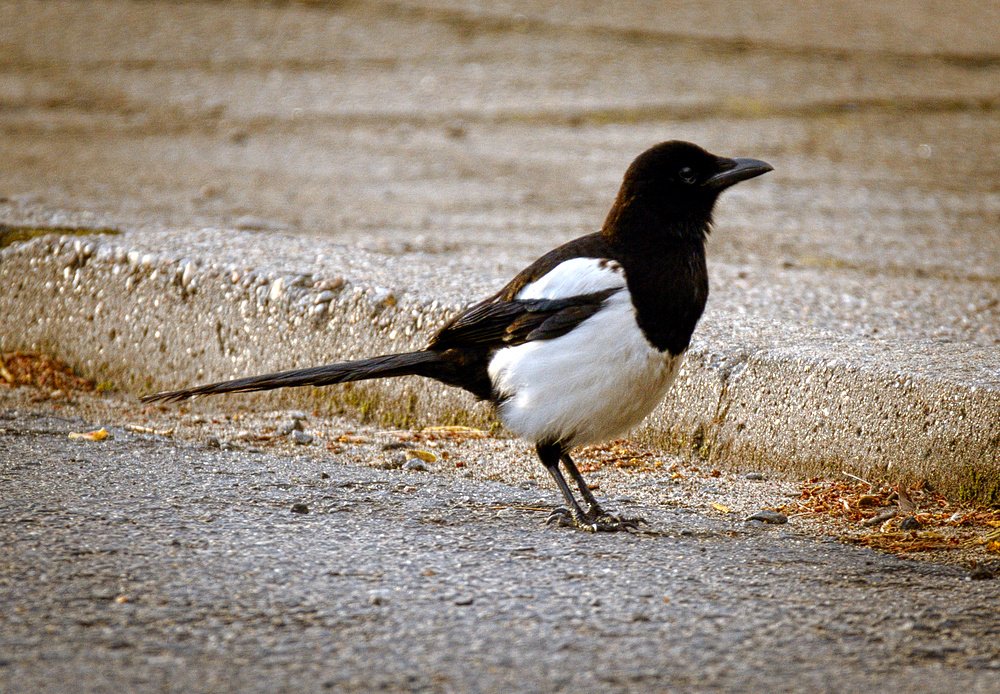 The Eurasian Magpie is considered one of the most intelligent species on Earth. In fact, they are one of the only species besides humans who have passed the Mirror Test which tests for self-recognition.

In this video, you can see a magpie react to its own reflection when it notices that a colored sticker has been placed on its neck.

(Most animals fail this test.)

Among the few species that have passed it are great apes, one elephant, dolphins, orcas, the cleaner wrasse, and of course, the Eurasian magpie. 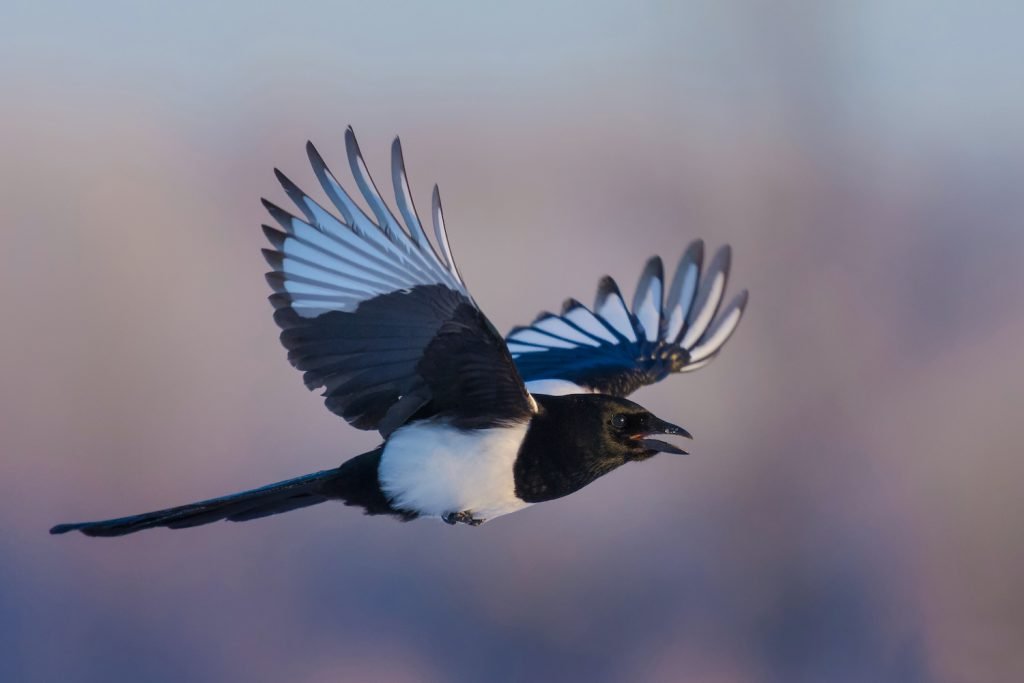 Magpies are known to hold “funerals.”

If one magpie finds the body of a deceased magpie, it calls loudly attracting the attention of dozens of other nearby magpies. Gathering around the deceased bird, they vocalize together for up to 15 minutes before flying silently away in a solemn procession.

Alright, enough with the sad stuff. 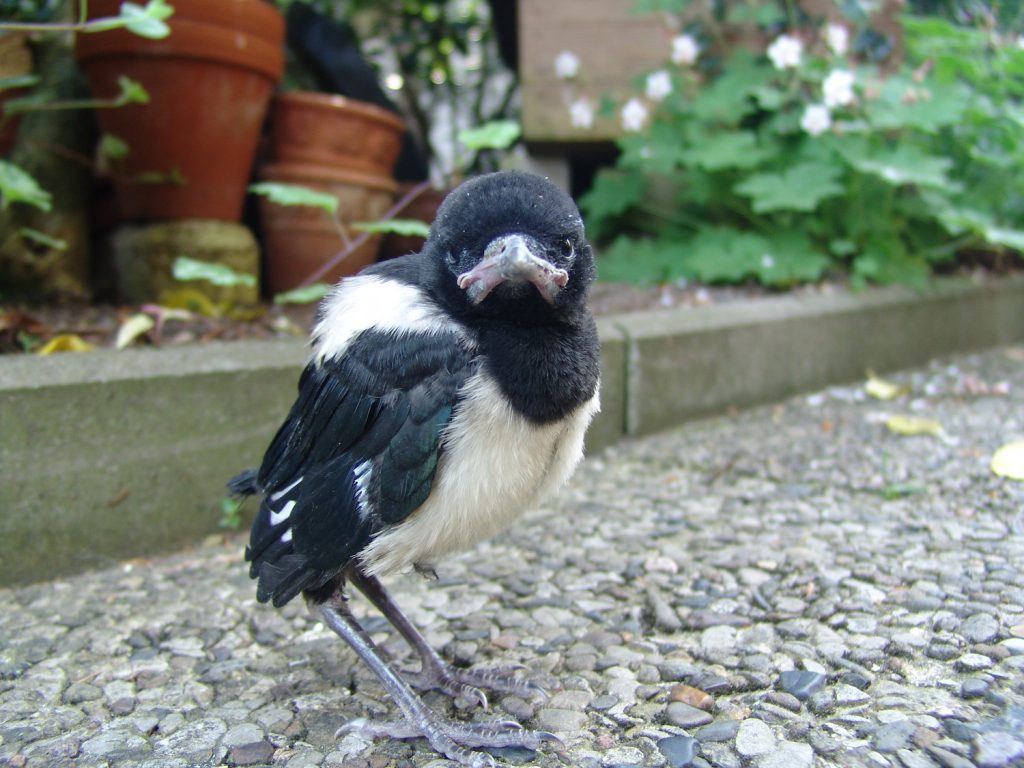 Their scientific binomial name is Pica pica. Even though it is clearly unrelated, a name like that totally gives me Pikachu/Pokémon vibes.

Speaking of babies… you’ll want to see this.

Eurasian magpies are among some of the best-talking animals in existence. You’ve probably heard of the African Gray Parrot before. It is famous for its large vocabulary and articulate speech.

Magpies are also great talkers. Some might even argue they are better.

In this video, you can listen to a magpie laughing like a child.

WARNING: It’s somewhat terrifying. You might find this creepy or even disturbing. Listen at your own discretion. Also, yes, this is 100% real!

Just imagine hearing that coming from up in the trees while walking outside at night.

These birds are extraordinarily brilliant. They are able to pass all sorts of different lab tests that other animals, including other birds, cannot. 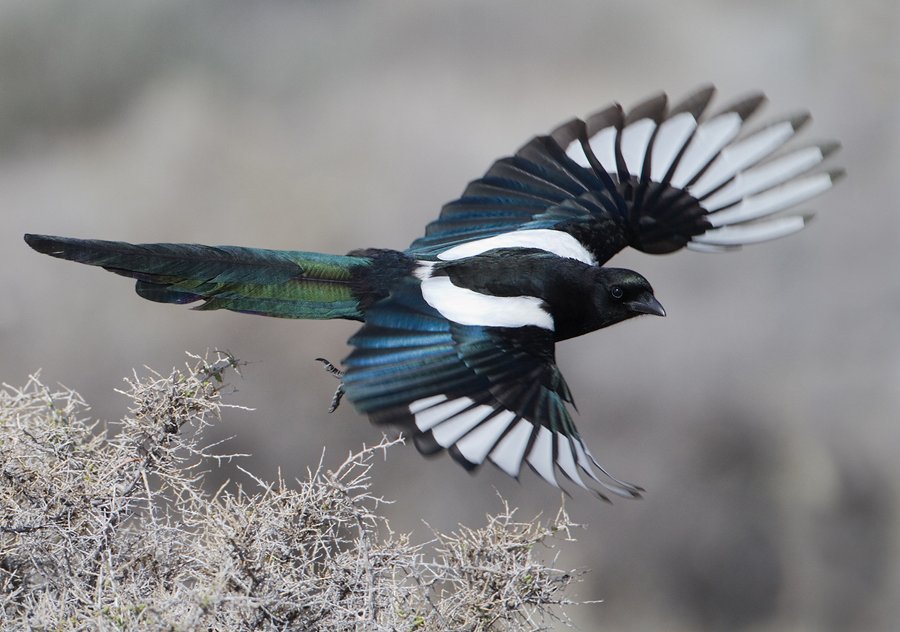 I hope that after learning more about them, you have a newfound level of appreciation for the Eurasian magpie: a common, but truly exceptional bird from Europe and Asia. 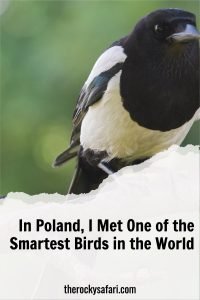 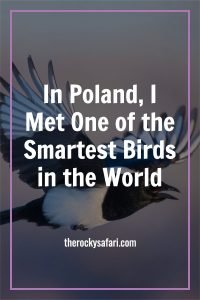