With all of the drastic changes that have taken place because of COVID-19, the world is operating in a state that is unlike anything we have ever seen before. On the news, we get updates on “the numbers.” They tell us about human casualties, official cases by country, and information to prepare us for the worst symptoms it can cause.

With intense pressure to self-quarantine and flatten the curve, stocks have plummeted to lows much resembling those of a war-time economy. While global markets are now suffering, the impact on the planet has been another story altogether. Air pollution has steadily decreased and the Air Quality Index scores for major cities have gotten consistently better. In countries normally clouded with smog, people can see the sky at last.

The Earth is finally catching a break.

At one point, I even got a news article stating that the Earth is literally “vibrating less” as a direct result of people not going out and driving like we usually do.

To believe things are improving would be welcome news while everything else has been mostly depressing. Unfortunately, the steps being taken so rapidly to contain the coronavirus are nothing more than a Band-Aid for the much larger problem that looms in our (actually-not-so-distant) future.

Widespread change is finally happening because COVID-19 poses a direct and immediate threat to humanity. The measures being taken to lessen the toll on society are clearly not sustainable. Quarantine may slow the spread, but it is by no means a viable solution to the challenges posed by rapid climate change on Earth.

For things to get better, people are going to need to wisen up and improve their day-to-day choices. Being informed is where it all begins.

This Earth Day, I thought about changes I have seen taking place. Changes that can make a difference in the world, regardless of how big or small they may be. Progress begins with you.

The Impact of an Animal-Based Diet

One of the most radical changes for me in 2020 has been that for the first time in my life, I can honestly say that I’ve considered the possibility of going vegan and taken steps to reduce my consumption of all animal-based products.

Note: I have not fully converted.*

Going vegetarian or vegan is something that I always liked the thought of but had never fully considered as an option for myself in the past. Let’s use birds as an example. I’ve always cared about birds so the thought of eating chicken or eggs, in particular, made me feel especially guilty. Chicken and eggs were always both staple foods in my diet. It was nearly impossible for me to imagine life without them. 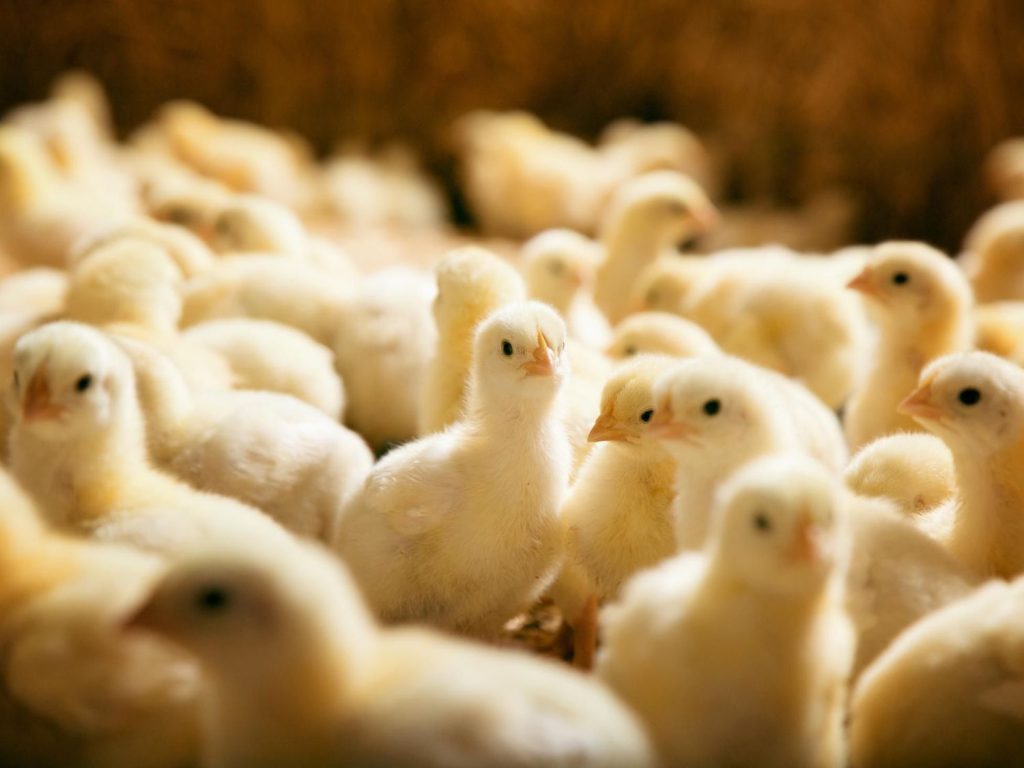 I would tell people I “wanted” to stop eating meat, but I never took any initiative to actually do it. I’m not even sure why, in hindsight. Sometimes the easiest course of action is no action? I liked the intention behind veganism, but part of me also felt like going vegan would be detrimental to my health, difficult to practice, and even just boring!

While traveling, I met a guy who happens to be a huge proponent of veganism. He introduced me to an Instagram account of another vegan who opened my eyes to some of the horrors behind the meat industry. It immediately changed my attitude toward how I view consuming animal-based products. Aside from the horrible treatment of animals, it is also just flat-out horrible for the planet to continue consuming the way many people do. Eating animals is factually worse for a persons’ personal carbon footprint. And possibly health. Never mind the ethics involved in all of it.

I thought this graphic borrowed from the website linked above was interesting to read: 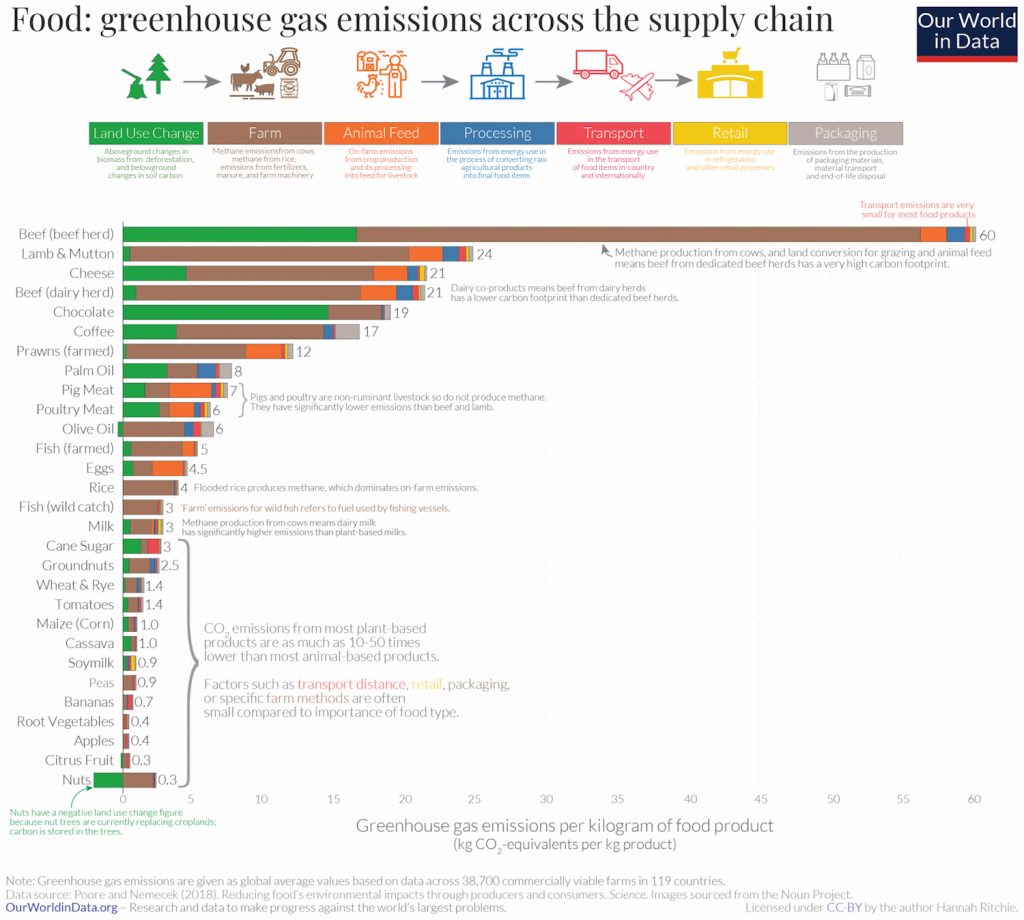 While I have not yet been able to make a full-blown 100% switch to a plant-based diet, I’ve taken measures to reduce and replace the portion of what I normally would have eaten with other, better plant-based alternatives. I’ve implemented more fruits, vegetables, legumes, seeds, and nuts. I am practicing following a more balanced diet to eliminate the need for quite as much meat and dairy as I used to consume. I fully cut out dairy milk in January and I have been drinking a pea-based milk alternative ever since. (It’s called Ripple and it’s fantastic.) Obviously, I still have a long way to go but I don’t think I could do the full cold-turkey conversion overnight that some have suggested for me.

Americans Are Starting to Reuse Bags!

Pre-Corona, I was really excited to see a positive change in my home state. At long last, we took the initial steps to do something that many countries around the world have already been doing for years. 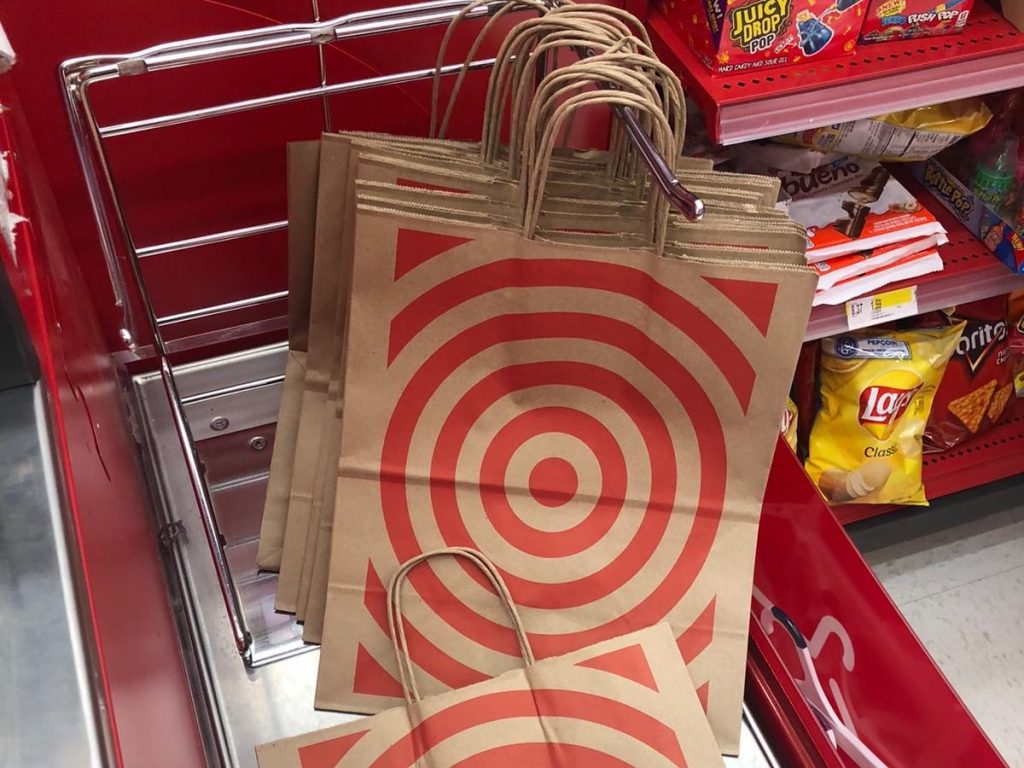 While shopping in stores like Target, I noticed that plastic bags were swapped out for paper bags overnight. Supermarkets and stores quickly followed suit.

Interestingly enough, no sooner did we finally switch over… only to find out a week or two later that supply chains were disrupted and stores were running out of the (now legally required) brown paper bags because their brown bag suppliers were in China – and China was mostly shut down due to the early stages of COVID-19!

Once COVID-19 cases started spreading in the United States, stores actually even switched back to single-use plastic bags and BANNED reusable bags because they now viewed them as a sanitation hazard! They wanted people to bring as little with them into the stores as possible. I can actually understand that. But still. One step forward, two steps back.

But that’s all besides the point.

Be Kind to Animals

This seems so obvious to me but I’ve realized that a lot of people have this weird superiority complex where they think they’re somehow “above” all other species… I’m not sure why so many people feel so much entitlement in that regard. 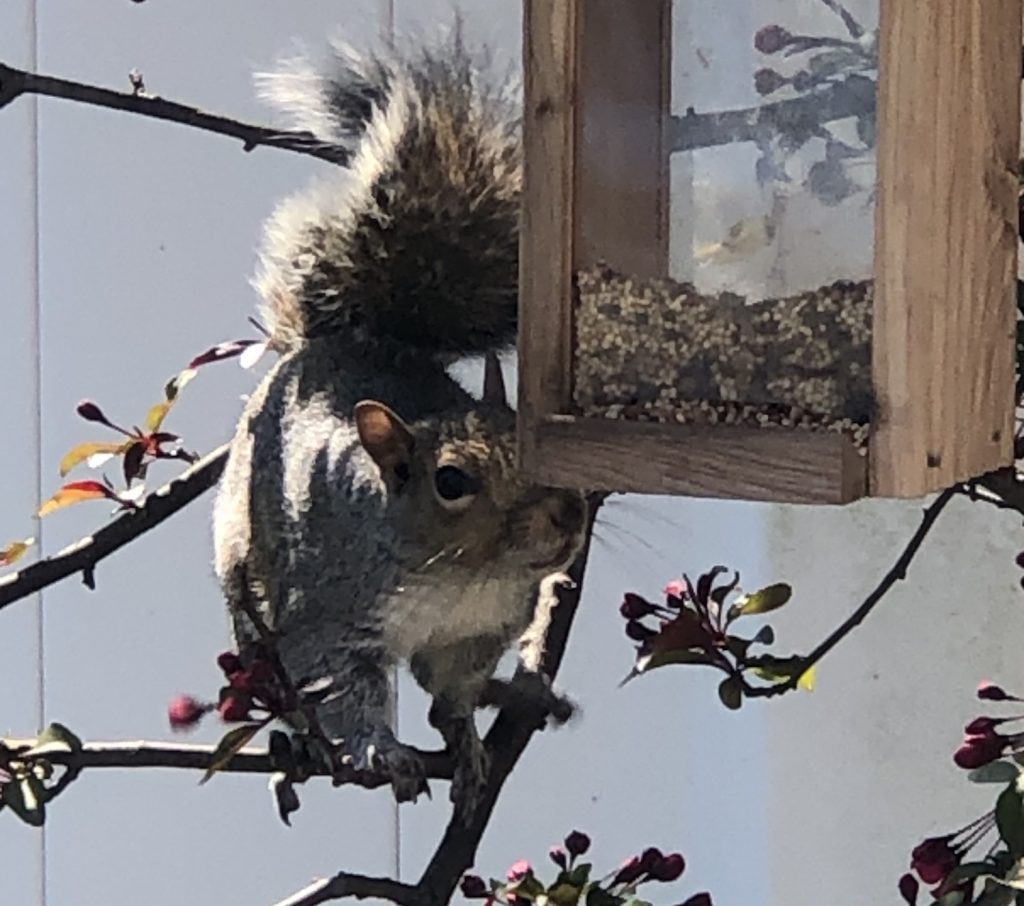 Moving forward, what are you doing to lessen your carbon footprint?

Earth Day is now over.

Those of us who are fortunate enough to be able to travel have a responsibility. To our planet and to one another. Besides posting or looking at pretty vacation photos on Instagram, how else did you spend your Earth Day? Have you given thought to ways you can further reduce your carbon footprint while stuck at home?

What about once life eventually goes back to normal?

What changes are you going to make?

Drop them in the comments.

As a quick aside, this Earth Day, I launched a redesign for my blog.

It improved upon things I didn’t like from before. For example, the blog should perform better on mobile devices and is now optimized better than it ever has been before. I would love to get your feedback on any aspects you like or dislike. If the changes cause any glitches or strange behavior on your device, please inform me so I can correct them. Thanks!