“Oh, what have I done…” I thought to myself while walking down a dark alleyway in the depths of Athens.

“Such a beginner’s mistake.” It was half-past midnight, I was EXTREMELY lost, my whole body was screaming from exhaustion, and I was beginning to lose all hope that I’d ever reach the location of my accommodations for the first-night backpacking all alone.

Somehow I had focused so much of my time on learning how to navigate the Metro in Greece that I totally overlooked the amount of preparation that should have gone into learning about navigating from the metro station to my first Airbnb. I did not know where on Earth I was going AT ALL.

I chose to start my trip by staying in an Airbnb over a hostel thinking it’d give me a chance to settle in calmly. Now, I wonder if that choice was actually a disservice to myself since I needed to find my home in the middle of NOWHERE, rather than in a well-known, often-visited hostel spot for travelers. 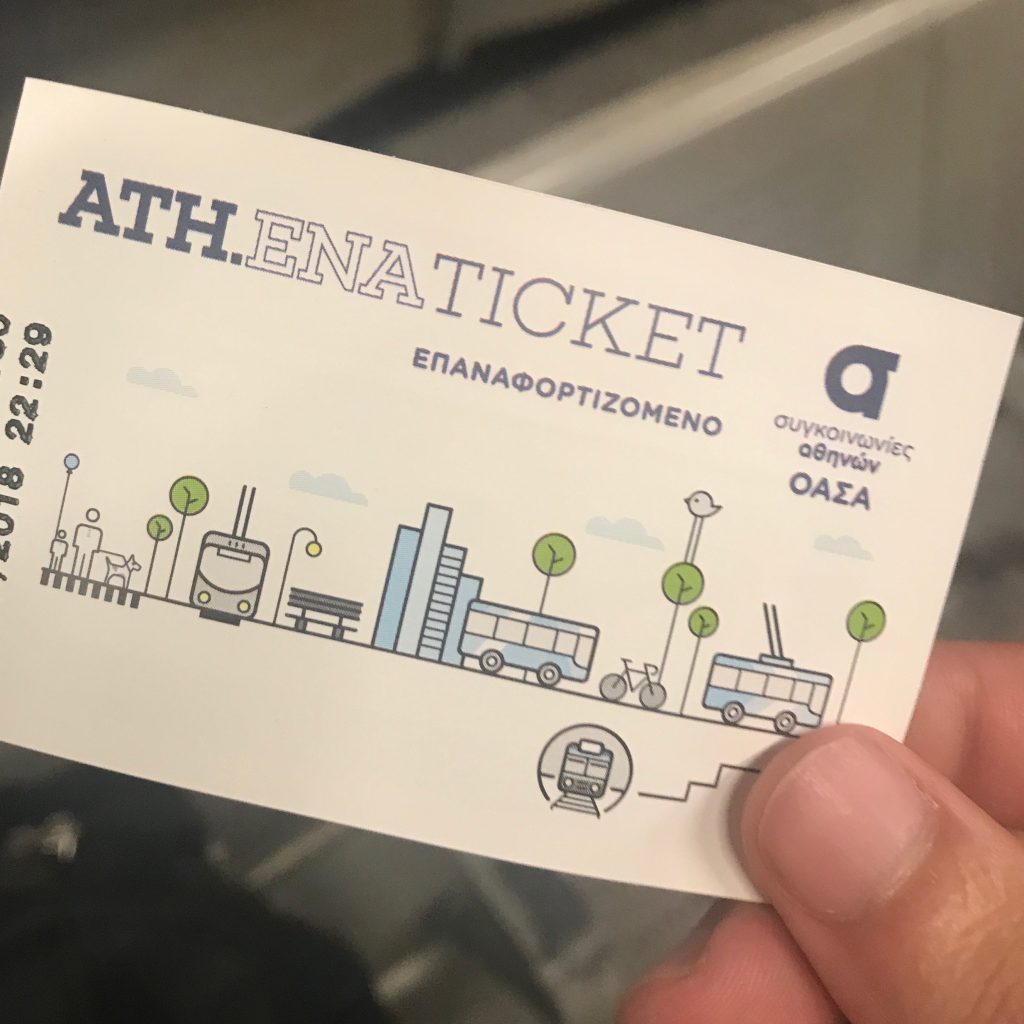 Given how smoothly everything went at the airport, I thought maybe I stood a chance at a smooth, seamless transition into my temporary life here in Greece. If only it could have been so simple. That whole possibility quickly vanished after I took, I don’t know, maybe ten steps out of the Metro station and into the city.

I set off on foot, with one backpack on my back and another on my stomach, in hopes of finding my first bed to sleep on.

I held my phone with the map open and rotated it 360 degrees in my hand before saying to myself, “Yeah… Who am I kidding? I have absolutely no idea where I’m going. Guess I’ll walk this way..?” Forget the fact that I can’t read maps very well. Knowing I would absolutely need something to [try to] follow, before leaving the USA I had taken screenshots of the route I was supposed to walk. I knew I would not have internet access once I arrived in Greece. It wasn’t until I was actually walking the streets of Athens that night that I discovered even my map screenshots were essentially useless.

The street names on my map were written in ENGLISH meanwhile the signs along the streets of Greece were only written using Greek symbols. Of course, that makes sense but I hadn’t planned for that!

I didn’t have a map in Greek to reference. It was nearly impossible for me to gauge where I might have been walking. I tried looking for landmarks but that didn’t do much to help either. Especially since panic was starting to set in. I couldn’t even begin to guess how to walk back in the direction of the Metro.

I was utterly out of luck. 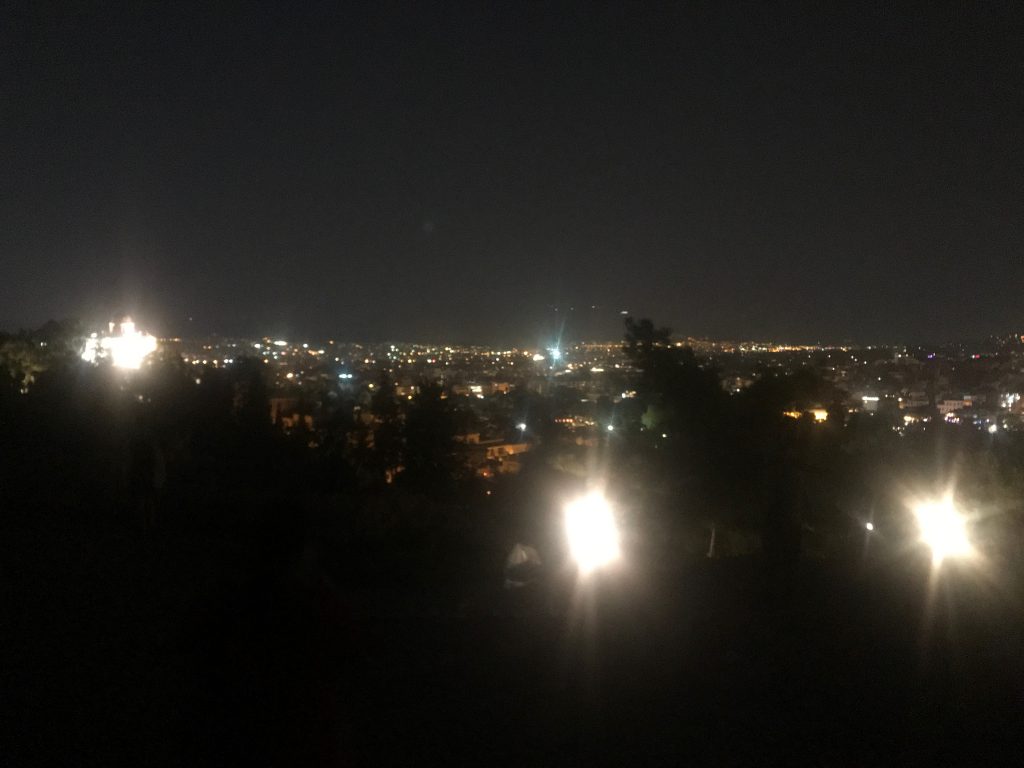 I watched as it was getting later and later. The sky darkened quickly.

I tried showing my map screenshots to a few natives on the streets and to my dismay, they couldn’t understand them either.

NO ONE COULD MAKE SENSE OF THEM.

Isn’t that great? Eventually, one friendly young woman said, “You walk 5 minutes that way and then turn left.”

As instructed, I walked for 5 minutes in the direction she had pointed, turned left, and found myself on one of the sketchiest roads I have ever seen in my life.

Out of options, I tried turning on my cellular data figuring I could just pay the $10/day rate for Verizon’s TravelPass service and use the navigation to get to where I was trying to go. Would you believe it NEVER connected? Even after a whole hour had passed? I thought I could use my data if all else failed except when all else failed, that failed too! 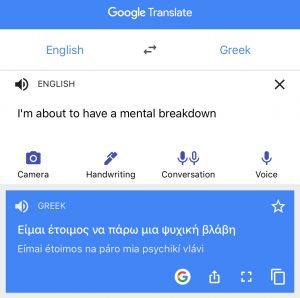 I passed a few police officers monitoring the street and made my way to the corner. I decided I have to either take a taxi somewhere or prepare to literally wait out the night until morning. I didn’t want to hail a cab on Day 1 but really, I was so lost what other option did I have? At this point, I certainly wasn’t getting there on my own.

It was at that point that I realized I had a new problem. How do I even call a cab? I’ve really only ever Uber’ed (#firstworldproblems.) Sorry, but it is true. So I stood at the side of the road debating whether to wave, put my hand up, or do that whole thumbs up thing that hitchhikers do. I felt so stupid. Whatever. It didn’t matter. I just started waving at taxis hoping to get SOMEONE’S attention.

At least five taxis passed me up on roughly ten minute intervals. Two were undoubtedly empty because I could see inside of them. The drivers looked at me and drove away. I actually started to get really upset. “How am I going to survive here? I can’t even manage to hail a taxi cab.”

I started approaching taxis who were stopped for a red light since none of them were willingly pulling up to me. When I asked drivers if they could take me to the address I had on my phone, most of them didn’t have a GPS and could not read the address since it was not written in Greek. Finally, one driver accepted my request and told me to put my bags in the trunk. When I waited for him to “pop the trunk,” he became disgusted with me, got out very dramatically, comes over to click the button (which I don’t think I ever would have guessed to press because it didn’t even look like something clickable) and in very broken Greek/English says, “SIR… IT’S NOT SO DIFFICULT.”

“Ahaha sorry about that,” I reply as I quickly toss my bags into the trunk and jump into the taxi before he becomes so disgusted with me that he decides to tell me to go back to the sidewalk. (Mind you, I’m so inexperienced with taking taxis I truly didn’t even know whether to sit in the passenger seat or back seat but opted for the back thinking it was probably the safer option.) Once inside, he was very slowly entering the address into his GPS and when my phone’s screen locked, he got very frustrated and started yelling at me. Yeah, seriously, the whole experience was horrifying. The taxi driver undoubtedly hated me.

We drove for almost 10 minutes. Which told me one thing. By foot, I walked very far away from where I was actually trying to go. When we arrived there, he was just going to drop me off at the corner but I was so exhausted from the whole ordeal I desperately just wanted for him to drop me off at the exact entrance so I didn’t have to walk the street guessing which “Greek number” was the number I actually needed. All of the entrances looked the same at night and I was OUT. OF. ENERGY.

“5 Euros,” he requests. (I really expected the fare to be so much more given the distance, the time of night, and the headache I must have given him.)

No problem. I reached for my wallet and realized it was in the trunk. I awkwardly got out hoping that it isn’t taboo to exit a cab before paying, retrieved my bags, and went back to pay him once I had my belongings. I entered the building, met the woman who helped me get checked in, and then I got some of the best sleep I have ever gotten. It was past 2 AM. 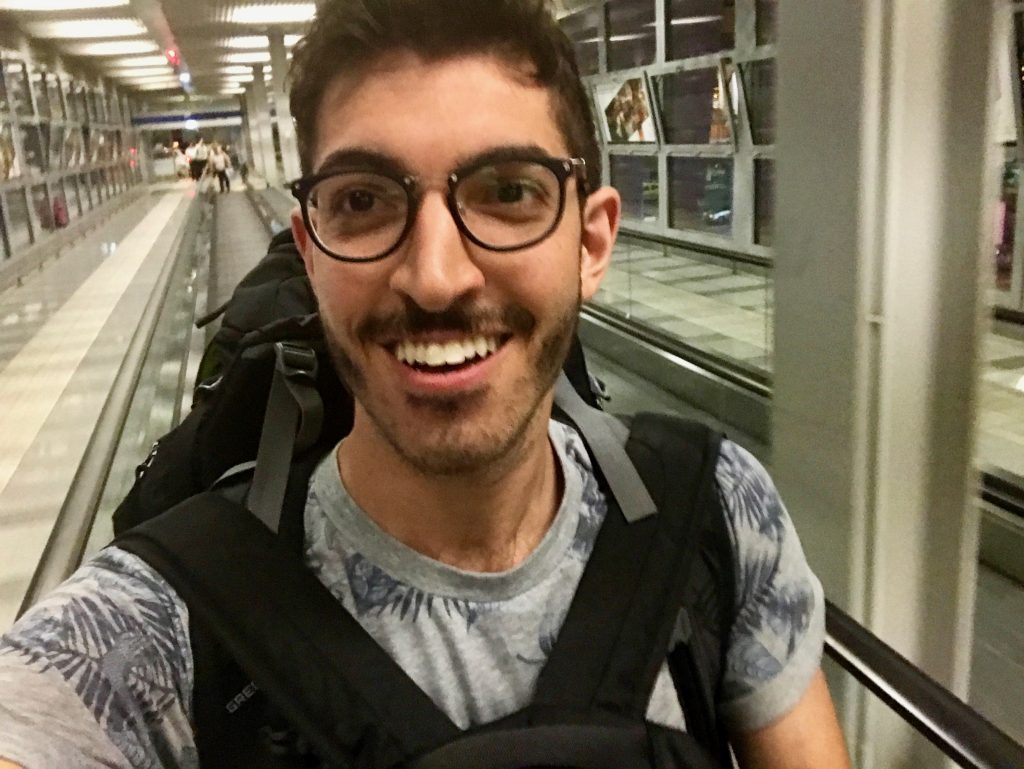 If nothing else, this was a major wake-up call that I need to work on a bunch of different skills if I am going to be able to last more than two or three days in any of the countries I hope to visit.