My obsession with birds (and especially with parrots) is a known fact. I could not leave Saint Martin without first visiting the Parrotte-Ville Bird Park. It’s somewhat new, having only just opened within the last seven months. 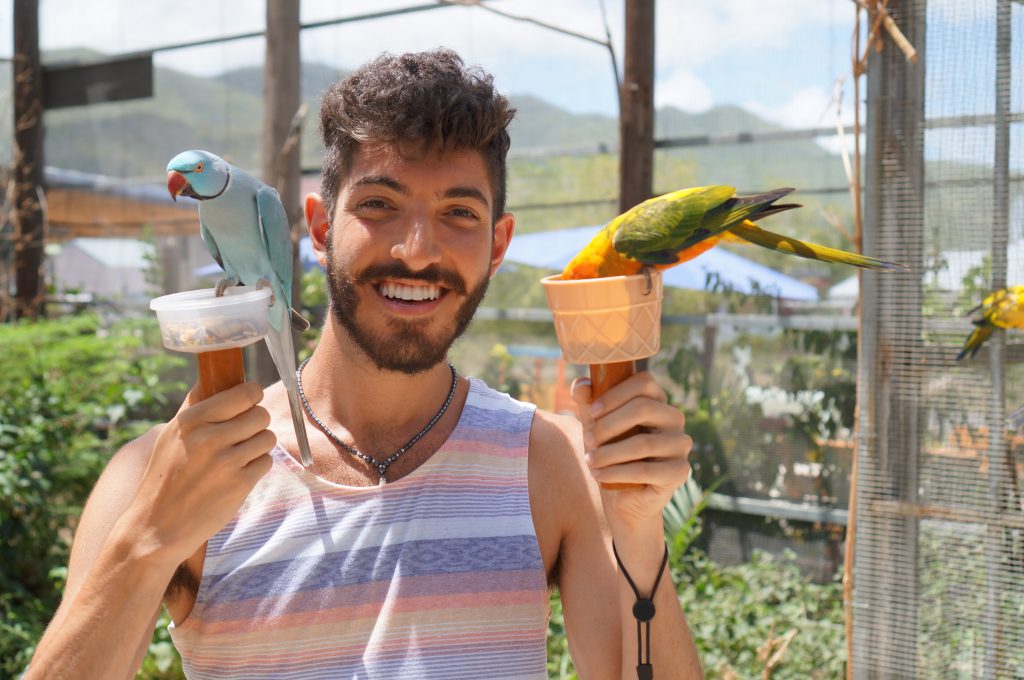 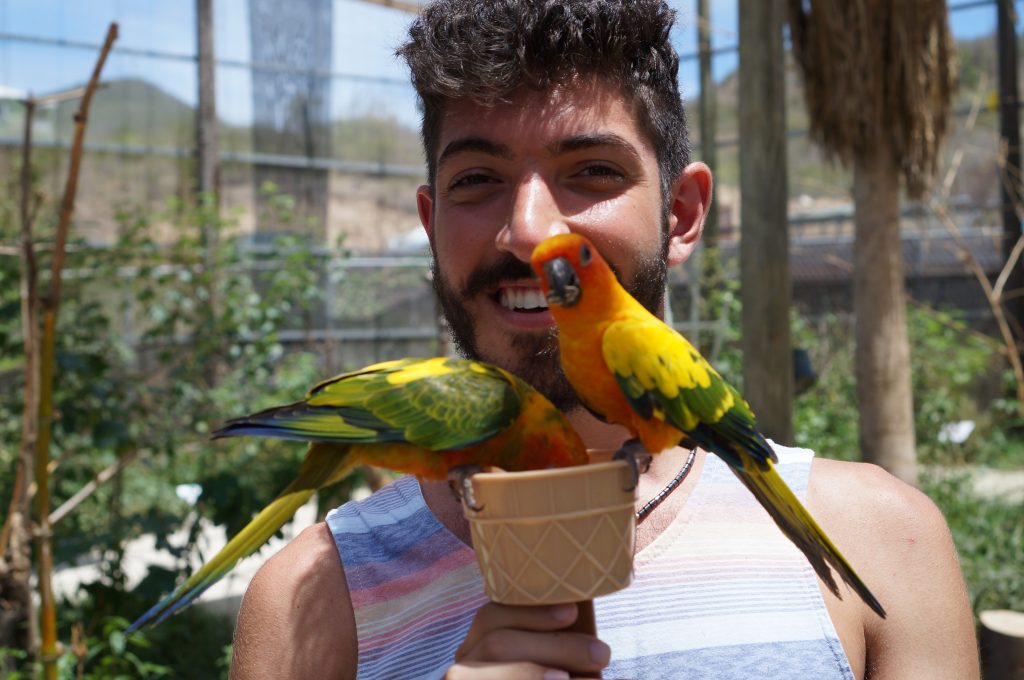 As you enter, you’re given a brief rundown of the different species of birds inside the aviary. I was familiar with nearly all of them since most of the species are common household pets. Some of the species the Bird Park included were the Indian Ringneck Parakeets, Cockatiels, Quaker Parrots, Sun Conures, Jenday Conures, Green Cheek Conures, Mountain Doves, and several others.

Each guest is given an ice-cream-cone-on-a-stick thing to feed the birds. It was basically a cup filled with birdseed that had a wooden pole on the bottom for you to hold onto. The birds would fly right over to the cup and eat the seeds while you walk around with them.

It was fantastic seeing so many birds all at once. They have a truly fantastic home there at Bird Park. The owners have turned the aviary into a garden filled with tons of plants that are great for the birds’ diets. Branches and birdhouses were everywhere. Given enough space to live in, the birds are able to live together without problems.

I was slightly disappointed about how skittish many of the birds were. I wanted so badly to pick up and handle a few of the birds that were around me without needing the cup of birdseed to lure them in. Never have I seen Indian Ringneck Parakeets or Quaker Parrots before. They are illegal back in New Jersey because they are both considered “invasive species.” Much to my disappointment, I could not get near either of them. The Quakers stuck to the ceiling area and the Ringnecks were hostile. All of their birds were imported and only one was hand-reared since the place opened seven months ago. 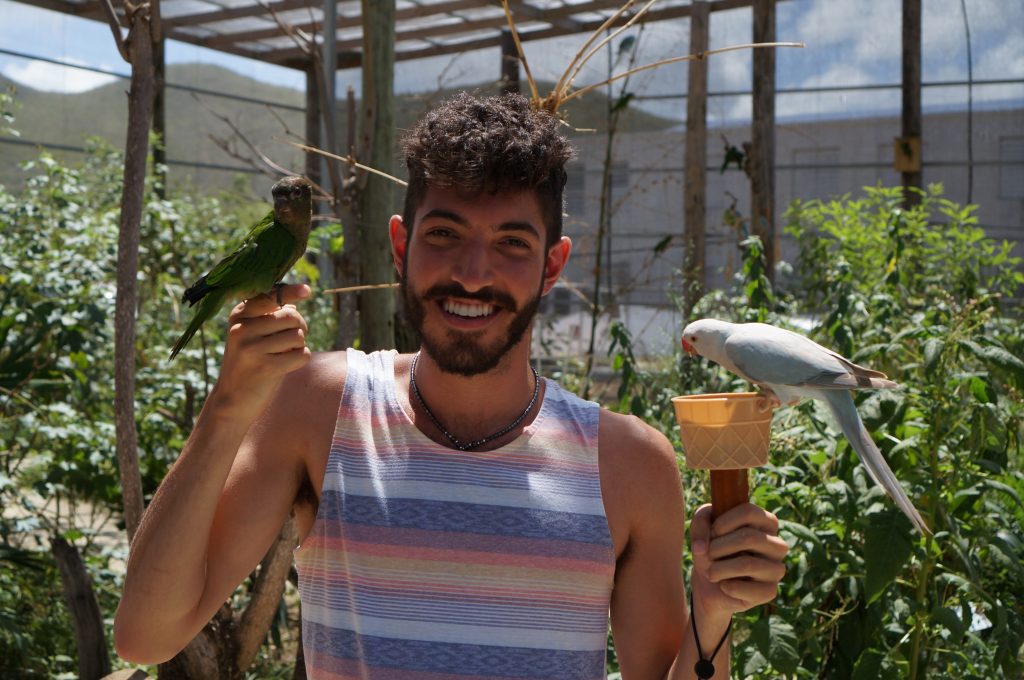 I hope that as more babies are born inside the Bird Park, they become more friendly and comfortable around humans than the ones there right now. The one bird who was hand-tamed was extremely sweet. He even let me, a total stranger, pet his head. 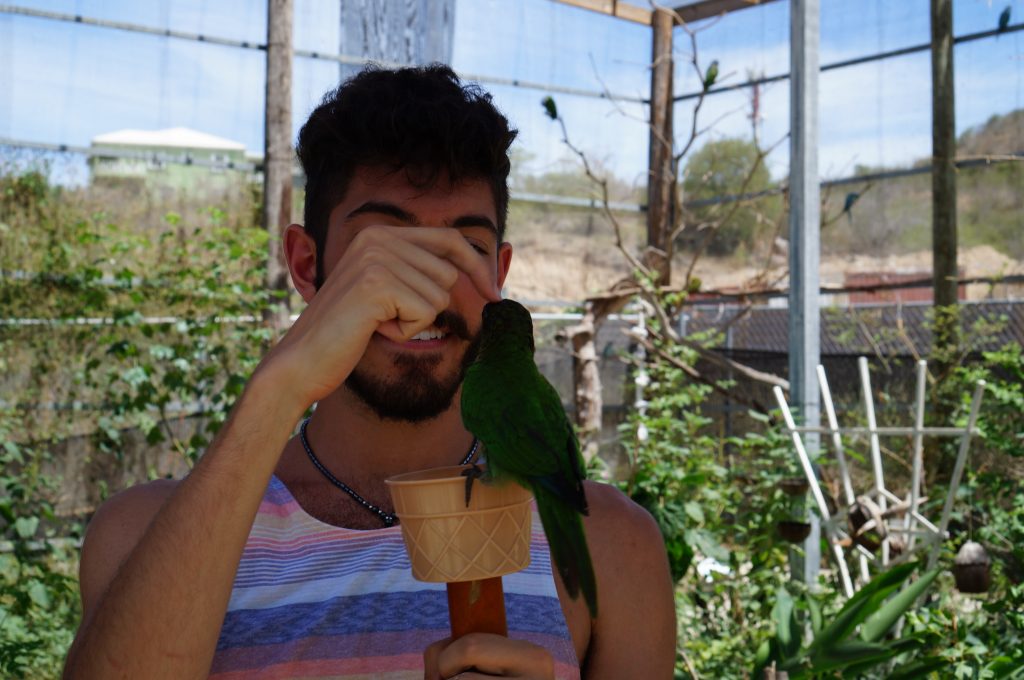 The Bird Park was truly an awesome place to visit. The owner was extremely passionate about the birds and I felt much better knowing that they’re in good hands. After stepping out of his large aviary, he invited us to the heritage museum which was essentially a collection of antiques he has gathered from around the island. 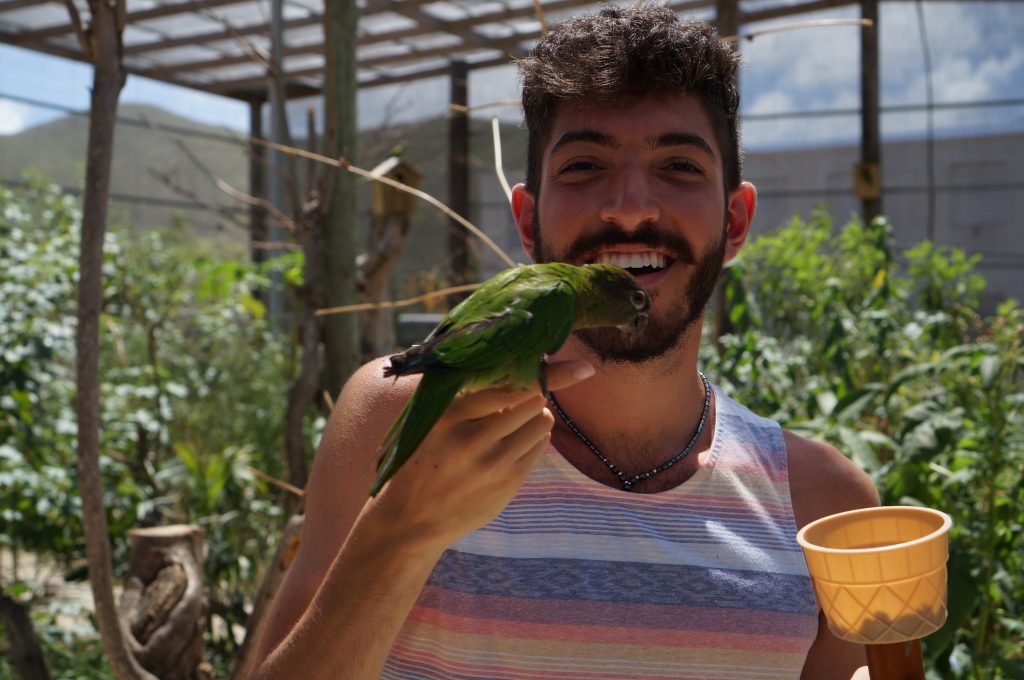 If I ever do return to Saint Martin in years to come, the Parrotte-Ville Bird Park will be at the top of my to-do list. My only hope is that the birds will become more hand-tamed over time.