Five letters making up the name I was given the day I was born. A short name that was easy to learn and simple to say. As a kid, it was perfect.

I always liked my name. In most of my classes, I was the only one who had it. There was never another Rocky – unlike what people with more common names sometimes had to deal with. The only other Rockys I’ve met were my dad, my grandpa, my great grandpa, etc. The name has been passed down in my family to the first son for many generations. 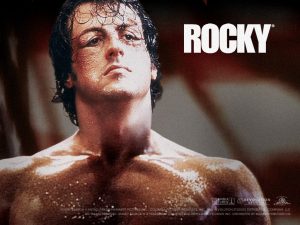 This may seem strange but no one ever referenced the Rocky movie while meeting me until freshman year of high school. Since then, I’ve gotten quite a few “Rocky? Like the boxer?” comments while introducing myself.

I’m not a fan of the Rocky movies and I’m nothing like “The Italian Stallion” so I don’t like being compared to him very much.

It’s okay though. If nothing else, it makes the name more relatable for some.

I also share my name with a cartoon which I’m somewhat embarrassed to admit I’ve never seen. This has only been mentioned maybe five times in my whole life. If it was brought up more, maybe I’d check it out.

In addition to that, I watched the Rocky Horror Picture Show for the first time in my life last semester! It was bizarre. Very unusual. Very out there. But the strangeness surrounding everything made it even more fun! 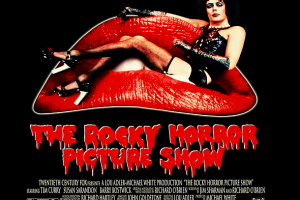 I don’t know. I think it’s a cool name! If you think about my name very literally, it’s kind of weird but maybe that’s why it suits me so well! Haha 😉